On 12 November 1990, Sir Tim Berners-Lee published a proposal to create a “Hypertext project” called the WorldWideWeb. 24 years later, you’re (probably) reading these very words on a device no larger than a calculator, and more powerful than the computer that helped man take its first steps on the moon.

The World Wide Web birthed the internet, and we’re dependent on it to such an extend that the UN described access to it as a basic human right.

We use it to stalk our friends. We use it to laugh at cats. It lets people from all corners of the Earth connect to each other. And it lets you bulk-buy industrial sized jars of beef jerky at three in the morning, after a particularly heavy night out.

The era which saw the exponential explosion in the internet’s growth also introduced a plethora of era-defining technology, which we look back on with a warm, fuzzy sense of nostalgia.

These are some of the best gadgets of the WWW era. How many of them did you own?

VOTE ON YOUR FAVOURITE GADGET TO WIN AWESOME PRIZES

After mustard and Alan Partridge Norfolk’s finest export is probably the Lotus Type 108, as ridden by Chris Boardman at the ’92 Olympics in Barcelona. Sportscar manufacturer Lotus turned its engineering expertise from four wheels to two, using carbon fibre mouldings to create a monocoque frame that broke the world record and won Great Britain’s first cycling medal in 72 years. And look where we are now.

Or the DA001 as vacuum cleaner hipsters call it, James Dyson’s first dual cyclone vacuum cleaner sold under his own name. Subsequent models have seen the addition of digital motors, a ball (as seen on JD’s first invention the Ballbarrow), and most recently the Cinetic technology that removes the need for a suction-sapping filter. Despite its success, the verb ‘to Dyson’ still hasn’t replaced ‘Hoovering’. Poor Jimbo.

Or THE INTERNET as it represents here. Remember the fuzzy cacophony that spewed forth as a 56K modem connected to the world wide web, clogging the phone line for hours at a time and connecting you to a glacial feed of very little information? Bet you never thought that 20 years later we’d be streaming 4K video, did you?

When Sony entered the console market it was still a two-way battle between Sega and Nintendo. Many thought there was no room for a third way. But they didn’t count on Tekken, Gran Turismo or Metal Gear Solid. Developed over eight years, originally in partnership with Nintendo, the PlayStation emerged victorious, leaving Sega all but out for the count.

Denmark’s Bang & Olufsen has a reputation for turning high-end hi-fi into something that wouldn’t look out of place in an art gallery. The Beosound 9000 is a classic example, although it perhaps took the whole minimalism thing too far with space for just six CDs. That’s probably still enough for at least one album by each successful Danish band, mind.

There are those who consider a mobile phone to be nothing more than a tool to talk to people with. To those people the Motorola StarTAC meant nothing. To anyone with even the faintest love of technology within them it marked the point when the mobile phone became more than that. Its new clamshell design – one that was copied many times afterwards, most notably by the fashion conscious RAZR – meant it folded neatly in half, instantly setting it apart from the bricks everybody else had. Like it or not, the age of the mobile phone as a fashion accessory was here and the StarTAC was one of the first mobile phones to sell like the proverbial warm afternoon snack.

Kind of like a fossilised smartphone, the Palm Pilot was the first of a new breed: the PDA. Tech archaeologists can trace the modern smartphone back to this digital organiser with its 128kb of internal memory, enough to store the names and addresses of all your yuppie mates. Plus it came with Solitaire, which is a bit like black ‘n’ white Candy Crush.

Although nobody was streaming Breaking Bad on Netflix in 1997 that was the year it set up a pay-per-rental DVD service. 10 years later it started streaming via the internet and in 2013 its own House of Cards won the first ever Emmy Award for an internet-only TV show. This year it became the first place you could watch 4K content. Quite the rise, huh?

The all-in-one design was not new but the lounge-friendly choice of colours certainly was, turning the home computer from something you’d hide in the study into a dinner party talking point. Not everything about the iMac (technically the G3) was a success, though, with the ‘hockey puck’ mouse a particular target for scorn. Still, it remains one of Apple’s most iconic designs.

In the year that Napster changed music forever, Pro-Ject released a turntable – essentially a development of the phonograph invented by Thomas Edison in 1877. Obviously Pro-Ject didn’t get the memo. But it’s great-but-affordable turntables like the Debut and its two sequels that have kept vinyl alive, resulting in the mini renaissance seen over the past few years thanks to many records coming with free MP3 downloads as well. More money will get you more frills and better performance but for a portal into the warm-sounding world of vinyl the Pro-Ject Debut is impossible to beat. 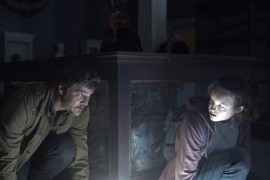