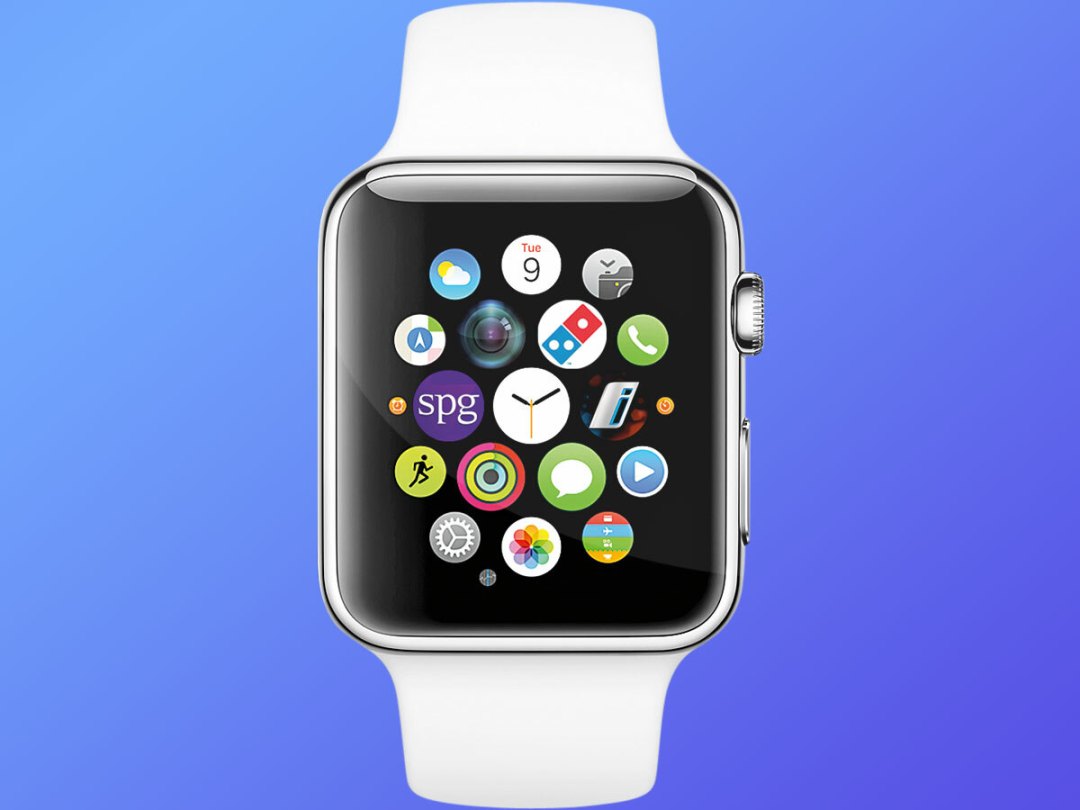 Apps for giant social networks, airlines, hotels, and local reviews that tell you want to think, so you don’t have to. They’re admittedly pretty great, but here’s the problem: you’ve probably already got them installed on your Apple Watch, even if the thing’s barely out of its box.

So in this round-up we’re thinking different, with a bunch of apps that you might not even know exists.

Each one’s interesting in its own way, whether it’s playing out a spy mission on your wrist, providing data as you hurtle down a mountainside or laughing in your face because it’s raining and the app in question hates humans.

We’re big fans of 1Password on iOS. The app provides a secure home for all kinds of information, including payment cards, notes, website passwords, and even identities. (By which we mean stripped-back alternate forms for forums and the like — Stuff isn’t staffed by spies. Probably.)

Pay for 1Password’s pro option (£7.99/US$9.99) and you get Apple Watch support, enabling you to send specific items from your vault to your wrist. They’re hidden behind a PIN, too, which is great for securely accessing codes for infiltrating foreign embassies or remembering your locker password at the gym.

We’re not going to be caught out dismissing Apple Watch as a games platform, because we’re too smart for that — especially when innovative fare such as Spy_Watch is already here.

Reasoning that Apple’s pitching its device as the ultimate communication tool, the game has you leading an asset through various missions, to return your agency to former glories.

Primarily, the game works through notifications, with you responding to a spy’s requests. Everything plays out in real-time, so if you’re stuck in a meeting, be aware your spy might mess up because you had the audacity to avoid tapping your wrist for an hour.

Sure, Apple’s got its own weather app on Apple Watch, but it’s typically Apple in that it doesn’t want all humans to die. CARROT’s different.

A malevolent AI, it’ll clearly be quite happy when the robocalypse arrives; until then, it’ll grudgingly give you weather forecasts and at-a-glance rainfall warnings, while merrily noting it “sucks to be you” if it’s bucketing down outside.

Apple’s made a lot of noise about Apple Watch potentially becoming an integral part of people becoming healthier. Therefore, it comes as no surprise there are already about a billion running apps for the device.

Slopes showcases how Apple Watch can be handy for rather more extreme sports, though, giving skiers and snowboarders live stats as they career down a snowy slope of death. Glancing at your wrist is probably a smarter move at that point than fumbling with an iPhone, especially when a tree’s approaching your face at far-too-fast mph.

We’re not sure whether this app is mad or brilliant — it’s probably a bit of both. Essentially, it’s an audacious attempt to squeeze a kind of streamlined GarageBand inside your Apple Watch.

To that end you can poke at piano keys, tap drums, and trigger guitar chords; handily, the app has some properly serious uses, too, as a controller for Pro Tools and Logic.

So which is going to be the first band to record a song entirely using Apple Watch? (Note: if it’s a cover of Coldplay’s Clocks, we might have to hurt you.)

On iPad, djay was an excellent app for spinning virtual decks. On iPhone, it surprisingly still impressed on the smaller screen. Presumably the Apple Watch incarnation is a stepping stone to the developer soon releasing a version to be used on a display the size of an atom.

In the meantime, djay lets you mix tracks right from your wrist, which we defy even the most brilliant DJ in the world to make look cool.

On iPhone and iPad, Workflow is an insanely powerful automation tool; it connects apps and services together, performing tasks so you don’t have to. This includes quickly finding nearby stores, scheduling calendar events, translating text, and so on.

On Apple Watch, much the same occurs, and this is if anything even better, given the limited standard means of input. Workflows can be downloaded, so you don’t even have to make them yourself, and they’re also accessible from Glances.

Apple Watch comes with a stopwatch, which you can easily enough use for timing. But with Timers, you get much more precision and flexibility.

For sporty types, it can be used as an interval timer, for doing quick workouts. When working, it can be fired up for work/break loops. And if you’re a bit particular about your morning brew, you could set it up to ensure that your tea bag lurks in the cup for exactly the right amount of time.

OK, we know what we said about social network giants, but this isn’t the official Twitter app — it’s much nicer.

On iPhone, Twitterrific is beautifully designed, and that sensibility is evident in the Apple Watch app. It’s also dead useful, providing the means to quickly access and reply to recent messages, check out daily stats, block idiots, and cheerily view notifications from people you like. (Note that the app requires the one-time £1.49/US$1.99 notifications IAP to function, or an ‘everything’ purchase.)

Most Apple Watch news apps have gone for a kind of “no, honest, it’s actually fine to read things on a tiny screen” approach. Frankly, we’re not sure it is fine, unless you’ve accidentally shrunk yourself considerably in some terrible scientific experiment.

Instapaper takes a quite different – and rather refreshing – approach, instead taking advantage of the service’s text-to-speech function, thereby enabling you to digest saved articles using a combination of your Apple Watch and ears.

OK, we admit it. Our main reason for buying an Apple Watch is to recreate scenes from terrible 1980s telly. Already, a couple of Knight Rider apps have appeared, which will almost certainly be sued into oblivion. In the meantime, grab them so you can pretend to be David Hasselhoff and have chats with an uppity Trans-Am with a suspiciously Cylon-like glowing ‘eye’. TURBO BOOST!

RELATED › The Apple Watch apps we _want_ to see