There’s a tempting deal being offered by Chinese smartphone giant HONOR. When you purchase the Honor 70 from £479.99 from its official web store, you can claim a free pair of HONOR Earbuds 3 Pro worth £170.

If that wasn’t enough to turn heads, the 70 also features a slick and bright 6.67-inch AMOLED display with a dynamic refresh rate of up to 120Hz. And while the smartphone comes with a fairly industry-standard 128GB of memory, you can currently double up to a generous 256GB for only £20 extra, which is a steal.

We put the HONOR 70 to the test earlier this year and found its camera functions rivalled many of its class-leading peers. Its impressive image-capturing capabilities utilise a Sony IMX800 camera — the first of its kind, a 1/1.49-inch sensor and a massive 54MP resolution.

The HONOR 70 also hasn’t forgotten about selfie aficionados, giving them a generous 32MP front-facing camera with HDR functionality to play with.

Video enthusiasts and vloggers will also be in their element with the HONOR 70’s Solo Cut mode, which records footage from multiple angles, including close-up and wide shots for seamless editing. It can also auto-track a subject without having to move the device. Clever.

Add to that a 4800mAh battery that should be sizeable enough to get most users through the day. For everyone else, HONOR’s 66W SuperCharge tech can charge the phone back up to 60% capacity in just 20 minutes.

We gave the good-looking HONOR 70 a commendable 4 out of 5 stars in our earlier review. In our verdict, we said that for “anyone looking for a slender, sleek, big-screened smartphone with a powerful camera, the HONOR 70 should fit the bill.”

HONOR surely have packed a heap into the 70’s svelte 7.91-mm chassis. Indeed, it’s rare to see a sub-£500 smartphone look and perform this well.

We also took a closer peek at the bundled Earbuds 3 Pro, and it’s clear it’s no slouch in the aural department.

It features a coaxial dual-driver design with powerful bass, adaptive noise cancellation and lightweight construction, with each bud weighing in at a paltry 5.1 g. And with a 5-minute charge yielding up to 2 hours’ playback, the Earbuds 3 Pro could be a serious contender in the Android-specific buds market.

Head on over to HONOR’s online store to claim the best offer for you. 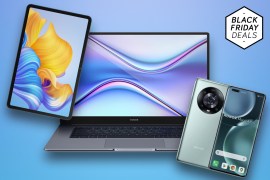 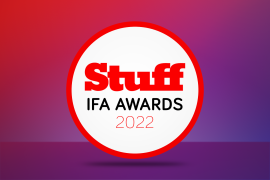