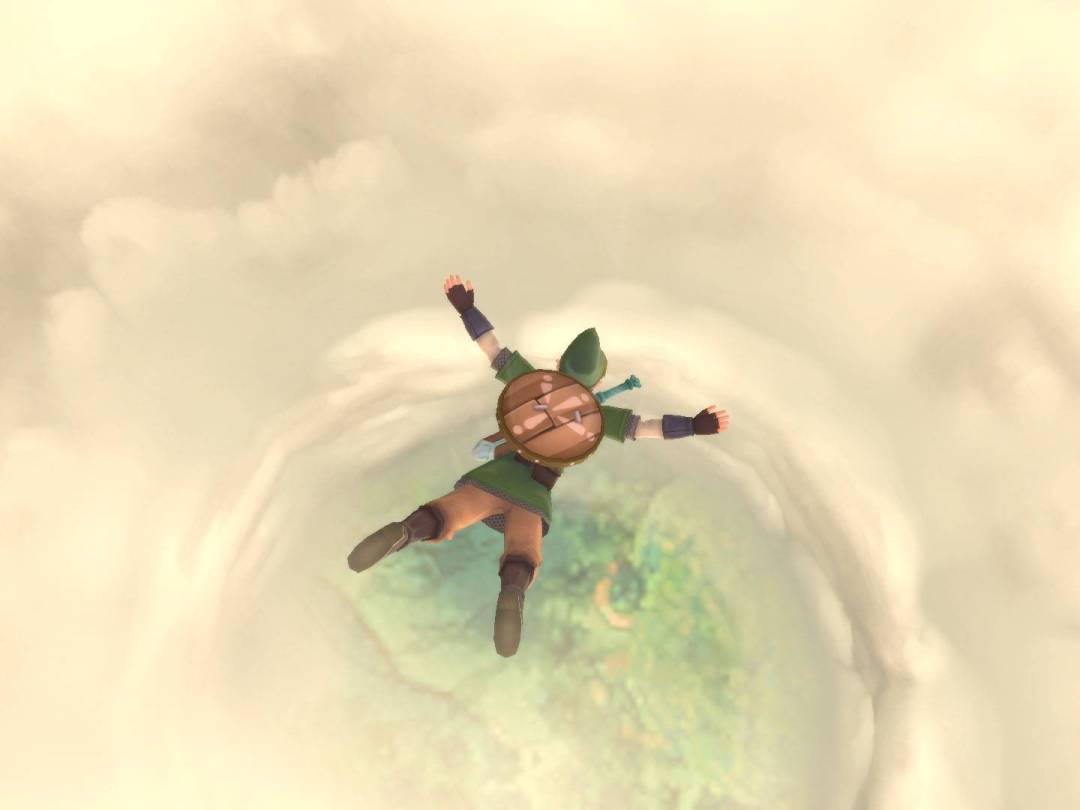 Some games considered great in their time aren’t always looked back on so kindly.

The Legend of Zelda: Skyward Sword gets plenty of hate these days as a late release on the Wii when most people had gotten over motion controls. Many argue this Zelda entry hasn’t aged well, especially compared to a game-changing masterpiece like Breath of the Wild, or even two other games also released in 2011, Skyrim and Dark Souls, which are still considered all-timers.

Except they’re wrong. Given the innovative reinvention of the long-running series, celebrating its 35th anniversary this year, even a lacklustre Zelda surpasses most other games. But it’s time to get over your prejudices against waving a controller about, because we’re here to tell you that Skyward Sword has always been a top-tier Zelda classic, and this Switch remaster makes it all the better to experience in 2021.

The skies have it

Perhaps the most memorable aspect of Skyward Sword is its story, set at the earliest point in the series’ timeline, before Hyrule existed and when people lived in the sky separated from the surface below.

Sure, this is also back to a time when the series still relied on just text and the odd funny exclamation to convey its story, but this game’s Zelda is arguably her best iteration, a childhood friend of Link, not yet a princess and not yet aware of the fate she is bound to.

The rest of Skyloft’s residents are also a memorable bunch, some returning from previous iterations like Beedle the merchant selling rare expensive goods, others you can help such as playing matchmaker for academy students Pipit and Karane. And then there’s Groose, the local bully who winds up with the best character arc in a Zelda game ever.

They all look great in HD too. The original game opted for a painterly style that worked better on a standard-definition display, but the sharper resolution here simply makes the impressionist textures more obvious. And if the character models look a bit dated, they at least don’t suffer the weird gradient lighting that undermined the cel-shading style in Wind Waker HD. What hasn’t aged at all is the fantastic score, with the main theme up there as one of the best in the series.

For all of Breath of the Wild‘s strengths, plenty of Zelda fans still crave for the series’ traditional structure of acquiring new items for conquering cleverly designed dungeons, and Skyward Sword has this in spades.

If anything, you’re getting double the dungeons as even the overworld sections are just as inventive, such as some genius time-shifting traversal and puzzles that preceded similarly lauded set pieces in Dishonored and Titanfall 2 by a good five years.

Occasionally, it goes overboard in its delivery, especially in the latter half where you’re basically backtracking and forced to undertake a few annoying collectathon trials. Yet this is overall a minor blip, especially when even backtracking still opens up to new areas. And yes, there is one boss you have to fight multiple times, but it still offers something new each time.

What makes each area so engaging is the way you interact with them using Link’s abilities. Designed around motion controls, cleverly repurposing seemingly casual shovelware ideas into meaningful mechanics, familiar items are given a new twist, such as bombs that you can throw or roll like a bowling ball. Old favourites like the bow and hookshot aren’t even available until much later, as the game prefers to delight with new gadgets like piloting a flying mechanical beetle or blowing away sand (and some impromptu housework) with the ancient gust bellows.

The best feeling is still holding the Joy-Con as if you were Link yourself wielding a sword and shield, with enemies designed to challenge your ability to slash in eight directions. This does require a bit more care to ensure you’re slashing in the correct direction, sometimes requiring you to feint in another direction first, and some enemies will punish you for swinging mindlessly.

Of course, not everyone will get on with motion controls like it’s 2011 again. It’s here that button controls are a welcome option, which work whether you’re playing it docked on TV or playing in handheld mode or with a Switch Lite.

On the other hand, Skyward Sword was so specifically designed to take advantage of motion controls that actions like flicking the right stick to mimic sword slashes doesn’t feel as instinctive, although controlling your movement when swimming or sky-diving with the left stick is certainly easier. Ultimately, you’ll get the best of both worlds using a pair of Joy-Cons as you can toggle between motion and button controls whenever it suits you best.

Fortunately, Nintendo haven’t stopped at that as Breath of the Wild‘s gyro aiming is also a smart addition, as is the ability to rotate the camera with the right stick (note that in button mode you’ll have to hold down L to do this).

On top of that are other quality-of-life improvements that address valid complaints against Skyward Sword‘s pacing. So now you can speed up text and skip story scenes, while a lot of tutorial elements are optional. Indeed, everything zips along much more smoothly thanks to the doubling of the frame rate.

The only thing missing is the ability to seamless fast-travel, which is tied to a special Zelda and Loftwing amiibo figurine (even then, this only lets you freely travel between the sky and surface, not to other areas within them at will). The internet furore over this is largely a big fuss over nothing, considering that save statues, which allow you to return to the sky, are already common, and Skyward Sword isn’t exactly a massive open world game that you’ll need to make a trek to each.

A decade later, Skyward Sword HD is the definitive version of an unfairly maligned masterpiece that fixes a lot of issues people had in the past, making for a much smoother and accessible game.

Sure, fans might have wanted more from Zelda’s 35th anniversary, perhaps a 3D collection like last year’s (albeit rather lacklustre) Mario 3D All-Stars package, but frankly you should be so lucky to get to experience one of the best stories in the whole series, one that brims with invention and makes your heart soar.

The best story, music and characters of the series

It’s not Breath of the Wild (but what is?)

A bit of repetition and backtracking in the latter half