Like many old-school Spectrum fans, we received last year’s officially licensed ZX Spectrum Vega revival with utter excitement – only to have it quickly diminished by the cheap, uncomfortable build (and the rival Recreated ZX Spectrum). But it’s time for round two.

Today, Retro Computers launched an Indiegogo campaign for the Sinclair ZX Spectrum Vega+, which sheds last year’s boxy controller shape and TV-centric design to instead take the form of a dedicated handheld system. It has its own LCD screen built into the device, with an overall shape somewhat akin to the PlayStation Vita.

But it’s not simply an on-the-go device: you can also plug it into your TV for a more traditional Spectrum experience, and tap into the 1,000 licensed, built-in games. Or you can download potentially thousands more (of questionable legality, perhaps), as the device has a microSD slot for expandable storage.

Last year’s Vega was an honourable attempt to revive the Spectrum, but despite some great games in the mix and nice software and emulation, the actual hardware was awkward and difficult to use. Luckily, the Vega+ handheld lacks the painful sharp edges of the prior model – and although the renders are a little spotty, we could see this being a solidly comfortable and useful device.

There are a lot of details missing on the campaign, unfortunately, like screen specs, battery life, and confirmation that the TV-out cable is even bundled in. However, Retro Computers is happy to take your money: £100 will get you a unit in black (dubbed "The Clive" after Sir Clive Sinclair himself), red, white, or blue, and pricier rewards can get you a tour of Retro’s factory in Nottinghamshire, an original 1982 Spectrum, or their first Vega+ prototype.

Retro claims they will deliver first units in September of this year, and while the £100,000 goal is still not assured, the £13,000+ raised in the early hours is encouraging – not to mention the £155k raised by the first Vega.

Random access memories: the ZX Spectrum at 40 – and six of the best Speccy games 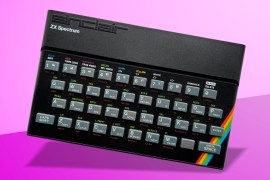 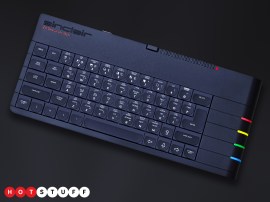 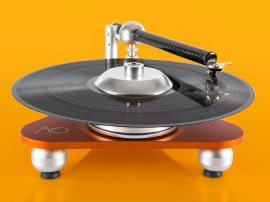