If you’re on the hunt for a pair of wireless earbuds at a bargain price, this could be your lucky day — Jabra has knocked a tempting £100 off its Elite 85t wireless buds, and £30 off the Elite 3. That’s a respective saving of 45% and 38%, and it’s all thanks to Amazon’s convolutedly-named Prime Early Access Sale.

At their full RRP of £220, the Elite 85t faces stiff competition from rivals that appear on our list of the best truly wireless earbuds. With the current sale price of just £120 though, they’re certainly tempting. With 12mm drivers, up to 5.5 hours of battery life (with ANC on) and a total of 25 hours including the charging case, they’re a solid choice for enjoying music and media, cable-free.

Their noise cancelling intensity can be tweaked via Jabra’s app to offer 11 different levels of isolation, and you can even initiate a hearing calibration test to tune them specifically to your ears, at the mere touch of a button. They come with extra ear tips too, to help you find your perfect fit, with Alexa, Siri, and Google Assistant support thrown in for good measure.

The cheaper Elite 3 buds are on sale for £50, offering up to 27 hours of battery life per charge, thanks to the USB-C rechargeable case. Like its sibling, you can customise the sound via Jabra’s in-app- equaliser, and while there’s no active noise cancellation smart, they’re designed to isolate your inner ear from as much outside noise as possible, made easier by the included ear tips.

Thanks to their built-in mics, you can also take advantage of Jabra’s HearThrough feature, which lets you amplify outside noises, without having to remove the buds from your ears — handy for hearing traffic, train announcements, and the knock of a Domino’s delivery driver.

If you think you’ve found your next set of wireless in-ears then head on over to the Jabra Elite 85t and Elite 3 on Amazon now, while the deals are still live. 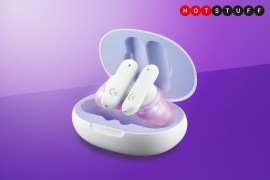 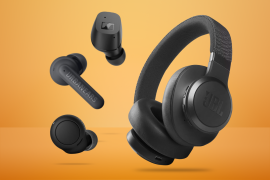