Samsung has unveiled its new 2022 TV line-up at the Consumer Electronics Show in Las Vegas, headlined by Micro LED and Neo QLED models that come with a host of next-gen features like cloud gaming, video chat and even NFT support built-in.

Currently top of the South Korean tech giant’s range is its latest Micro LED offering (pictured above), which comes available in 110-, 101- and 89-inch models. This cutting edge tech sees each set featuring 25 million micrometer-sized LEDs, each one individually responsible for a tiny bit of the light and colour emitted by the display.

Taken together, you get a TV capable of 100% DCI and Adobe RBH colour gamut; 1 million steps of birghtness and colour levels; and 20-bit greyscale depth support. A 99.9% screen-to-body ratio means you’re looking at essentially bezel-less screen with arguably the most vibrant and nuanced HDR picture on the market.

There’s integrated Dolby Atmos sound featured on the trio of Micro LED sets – top, side and bottom speakers – while they also provide a showcase for Samsung’s new 2022 Smart Hub software. Cloud gaming is one focus of the updated platform, with the ‘Samsung Gaming Hub’ offering access to the Nvidia GeForce Now, Google Stadia, and Utomik services.

Perhaps most intriguingly, there’s a native NFT trading platform built-in to the 2022 Smart Hub software allowing users to find, buy and trade digital artworks. The refreshed UI is also set to feature on the company’s new Neo QLED models – though they also get plenty of hardware improvements.

Specifically, the 2022 Neo QLEDs are powered by a new Neo Quantum Processor, which the manufacturer claims results in a massive jump to 16,385 increments of brightness (from the 4096 possible in 2021’s models).

Of course, we say that these Micro LEDs and Neo QLEDs are “currently top” of the Samsung telly treasure trove because, thanks to the 2022 CES Awards, it’s believed the Galaxy S21 FE maker has at least one more reveal up its sleeve for this year’s show on the TV front – a highly anticipated Quantum Dot OLED set. 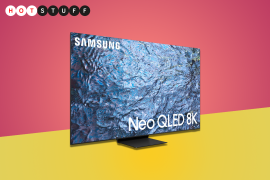 Your eyes are in for a (presumably very expensive) treat 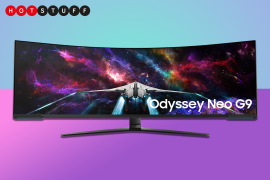 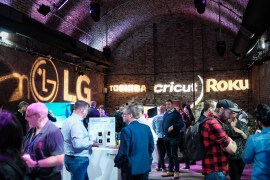