Running out of juice can be a pain when you’re in a hurry – unless your phone has a removable battery you’re stuck waiting around as power trickles from the mains.

Oppo’s aiming to change that with Super VOOC, a new kind of fast charging that’ll fully top up your phone in 15 minutes, or add 50% charge in under five. The company reckons that makes it the fastest in the world.

Fast charging isn’t new; Qualcomm and Mediatek have had their own versions for a few years. They both use high voltage systems though, which heat up the battery as they lob power down the USB cable.

This type of charging only works when the phone’s in standby, too; try to use it and it’ll drop down to standard charging speeds to keep the temperatures low.

Oppo’s system uses a low voltage charge instead, which is safe for charging without overheating. Combined with a custom battery, it’ll regulate the current on the fly so you get all the juice, all the time – even if you’re using your phone.

97% power efficiency isn’t to be sniffed at, either.

It’ll play nicely with microUSB and USB type-C connectors when the tech arrives, but that might not be until 2017 at the earliest; we saw a prototype in action, but Oppo didn’t have any phones to show off with Super VOOC inside. 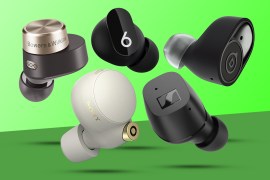