Home / News / Hyperloop gets one step closer, with another test track opening in early 2016

The Hyperloop is one of those technologies straight out of science fiction – a transportation tube that zips passengers from one location to another at 768mph.

If the idea of popping from London to Glasgow and back in a day (the journey would take about 30 minutes each way) appeals as much as it seems impossible, you’ll find the latest news from the US encouraging. One of several companies exploring the idea of building a commercial Hyperloop has announced that it’ll be testing a real-world version in early 2016.

Hyperloop Technologies has secured the necessary space to build a kilometre-long test track in Las Vegas. The “Propulsion Open Air Test” won’t use the full vacuum tube design, but the company hopes it will reach speeds of up to 540mph, accelerating from a standstill to top speed in just two seconds.

It also has plans to build a larger 3km track in late 2016 or early 2017 where the full-scale Hyperloop technology can be tested. Assuming everything works safely, the idea is to have an operational Hyperloop running by 2020.

If you’re feeling a sense of deja vu, don’t worry – it’s not just you. Back in October we reported on another Hyperloop test track, this time built by Hyperloop Transportation Technologies (HTT). Despite its annoyingly similar name, this startup is a different, totally separate entity to Hyperloop Technologies, and its test is being performed in Kings County, California.

To further complicate matters, it also seems as though Hyperloop inventor Elon Musk, who previously said he was too busy to build it himself (what with, y’know, running SpaceX and Tesla Motors), is now keen on making his own Hyperloop test track, possibly in Texas.

So it could be that there are several startups testing the same open-source sci-fi technology at once. While that seems somewhat pointless, competition can foster creativity – and lead to Hyperloop becoming a commercial reality sooner rather than later. Maybe one day in the not-too-distant future you really will be able to zip up to Glasgow to buy a real scotch egg in your lunch break. 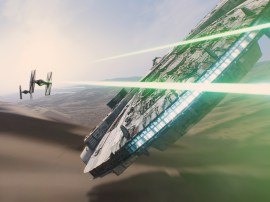 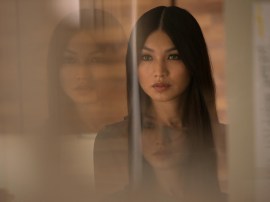 Wake up, grab your device, and load up on the morning’s top tech news 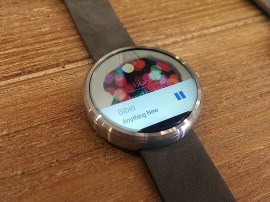