HP has officially silenced the whisperings and speculation by announcing that the Wi-Fi version of the TouchPad will be available in the UK from mid-July, mere hours after an Amazon-fuelled rumour stating a July 17 release. The US, France and Germany have to wait even less time to get their mitts on the shiny slate which will be hitting their shores July 1.

The 16GB and 32GB models will cost £400 and £480 respectively, which matches the RRP of the iPad 2 to the penny. All in all, this is welcome news for those who crave something a little different from a market flooded with Apples and ‘droids. If you need a quick recap to kick-start your desirometer then check out our hands on preview before deciding which model you want to splash out on. Viva la revolution.

Transformer Prime not plasticky enough for you? This cheaper quad-core Pad will give you change from £400 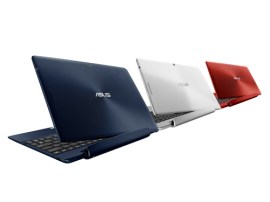 HP TouchPad brings webOS to the big screen on July 15

Has an online retailer lifted the curtain of the TouchPad’s vague mid-July release date?