Microsoft has officially announced the early release of Halo Infinite multiplayer, with the latest instalment of the wildly popular series going live early to celebrate the 20th anniversary of the Xbox.

Halo Infinite multiplayer was originally set for a December 8 release, but last weekend a slew of leaks pointed to the game featuring at Microsoft’s Xbox 20th anniversary event – in no small part suggesting it would be fast tracked to Xbox consoles and PC gaming rigs everywhere.

Not wanting to spoil the assumptive party, Microsoft confirmed exactly that and so here we are: Halo Infinite is out in the wild now and available to play on the Xbox One, Xbox Series X and Xbox Series S, as well as Windows PCs.

The beta made available on Monday, November 15 will still be launched in full on December 8, with all progress made up to that date carrying over. It’s a 25GB install on Xbox consoles and a 26GB one of PCs via Steam.

The first season of Halo Infinite is called Heroes of Reach and will run through May 2022. It doesn’t feature either co-op or Forge player creation modes at this stage, but developer 343 Industries has promised these will come in season two and three, respectively.

It’s great news for gamers, especially as some initial teething problems affecting the game are now reportedly resolved. Plus, with Black Friday 2021 now firmly on the horizon, some great Xbox console deals could be just around the corner.

Microsoft Xbox streaming console: will it ever happen? 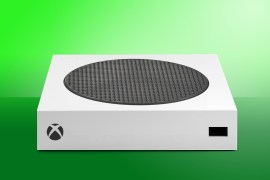