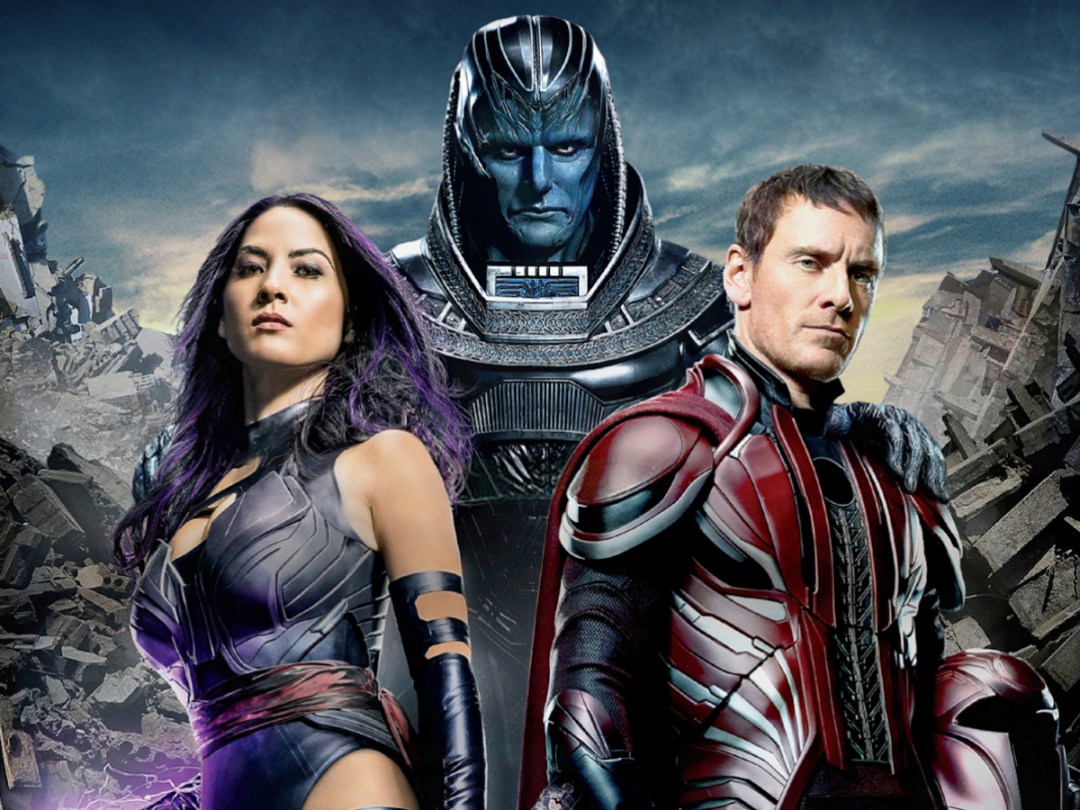 Marvel Studios’ own Cinematic Universe might have the most combined box office muscle, but Fox is still pumping out X-Men films, with last year’s Days of Future Past earning strong reviews and out-earning its predecessors.

Days of Future Past mashed up the two X-casts: the modern-day group in the original film trilogy, and the formative 1970s versions from X-Men: First Class, and effectively sorted who would be left standing once everything went down. Now the franchise has a clearer path ahead with X-Men Apocalypse, with the first trailer just released today.

And that path leads it right to the doorstep of the titular villain, played by Oscar Isaac, who is an ancient mutant revived with incredible powers. As seen in the first trailer below, he not only uses his own abilities, but also harnesses the skills of the franchise’s top villains to form the Four Horsemen of the Apocalypse. That’s probably not good news for the young X-Men, who feature some new faces in the roles of familiar heroes.

So far, the social media reactions the first trailer (seen above) seem pretty split: some are excited after the strong outing by Days of Future Past, while others have called the trailer boring and mocked the portrayal of Apocalypse. Truly, it’s a different take on the character than we’ve seen in the comics, and the early marketing materials didn’t generate much enthusiasm either.

But after both First Class and Days of Future Past, we’re hopeful – and anything ought to be better than 2006’s middling X-Men: The Last Stand. It’s due out on 27 May 2016 (at least in North America), which is just three short weeks after Marvel’s own strong-looking Captain America: Civil War.