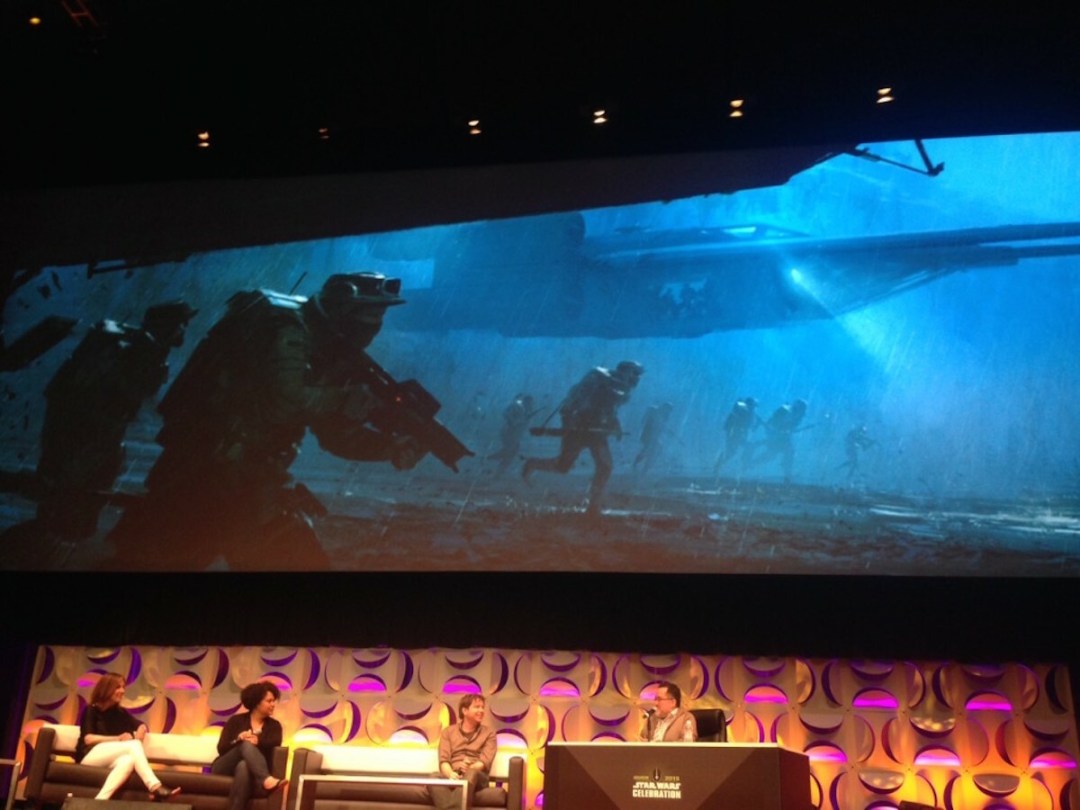 Continuing the barrage of new information revealed at this weekend’s Star Wars Celebration event, filmmakers today revealed the first plot and setting details for Star Wars: Rogue One, the initial spinoff movie in the series.

Rogue One will be the first of what they’re calling Anthology films, which are movies that highlight smaller stories away from the core struggle seen in the main, episodic line. In fact, it sounds as if Rogue One won’t even have Jedis in sight, and instead focus on characters with more human-like skills.

“It comes down to a group of individuals who don’t have magical powers that have to somehow bring hope to the galaxy,” says director Gareth Edwards, who helmed last year’s well-received Godzilla reboot. He also says that compared to the black-and-white moral divisions typically seen in the series, “our movie is gray.”

Rogue One is set between the events of the existing trilogies, putting it after Episode III and closer to the start of Episode IV (the original Star Wars). It’ll follow a group of resistance fighters working together to steal the Death Star’s plans, which if you recall has a little something to do with the outcome of Episode IV.

“I couldn’t sit in a cinema and know that someone else made this film,” says Edwards on being pitched the concept, which is similar to a rumour we heard last month. Rogue One will apparently shoot in the UK and elsewhere, and the image up top is the first official bit of concept art shown for the film.

Star Wars: Rogue One will hit cinemas on 16 December 2016, following this year’s release of Star Wars: Episode VII on 18 December. And, of course, Disney won’t be sitting still for long on the series, with Episode VIII already dated for 26 May 2017 and director Josh Trank (Fantastic Four) already attached to a future Anthology film.