The miniscule music box could be the key to a perfect party playlist, with its app-controlled ability to make sure the music appeals to everyone in the room

It might look like a rather unassuming bluetooth speaker, but in fact the Chüne is a smart playlist generator.

The tiny box works with an app to allow party guest to tell it their musical tastes.

Once you’ve download the app, partygoers drag and drop their taste on to the logo in the centre, then tap their phone on the top of Chüne to add to the playlist.

"Chüne is a playful social music service that intelligently curates playlists depending on who is around, and how much fun they’re having," its London inventors claim.

The app also keeps track of what you like to listen to and lets Chüne know.

Luckily, there’s also a manual override, called the vibe dial, just in case all of your friends are death metal fans.

The Vibe knob lets you adjust the music to fit the current vibe – twist it and the selection algorithm changes and the type of songs Chüne selects is altered.

Controlled by a Raspberry Pi, the Chüne uses low energy bluetooth to communicate with your phone, and also has its own speaker and amplifier built in.

At the heart of Chüne is a Raspberry-Pi equipped with a WiFi/Bluetooth LE dongle.

Mini meme: Get organised for Christmas! 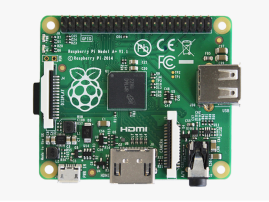