Available on 12 and 13 July only, the biggest reductions offer as much as 30% off Apple’s official pricing.

It’s not quite so simple at Amazon UK. The extent of the discounts depends on which Watch specification you opt for. Pick the 41mm GPS edition of the Apple Watch Series 7, for example, and you’ll save an extra £31 by going for green instead of blue. The latter will set you back £329, while the former can be found for £298 during Prime Day – both down from £369 before.

Whether you’ve got a model in mind or you’re happy to pick a specification based on the Prime Day discounts, it’s worth searching through the full list of Apple Watch deals on offer at Amazon US and Amazon UK.

The Apple Watch Series 7 remains one of our favourite smartwatches in 2022. With a bigger, brighter display, its streamlined design, intuitive interface and meaningful fitness features make it a truly useful tool to keep on your wrist. Which is exactly why it won a full five-star rating in our review.

Besides a quintet of aluminium colour finishes, the Watch Series 7 ships in two case sizes – 41mm and 45mm – as well as two connectivity variants: GPS alone, or GPS with cellular. Both can log your location, but only the latter will allow you to make calls via the Watch’s own data connection.

As above, Amazon UK’s Prime Day discounts vary by size, colour and version of the Apple Watch Series 7, so it’s definitely worth looking through the full list to see how the deals stack up. The cheapest option is currently the 41mm GPS edition in green with a clover sport band, at £298.

At Amazon US, with $120 off every Apple Watch Series 7, the cheapest option is the 41mm GPS edition, available for $279.

Buying on a tighter budget? The Apple Watch SE is a more affordable cousin to the full-fat Series 7. By sacrificing an always-on display, plus ECG and bloody oxygen sensors, the SE delivers the WatchOS experience for less. Yet it’s still very much a premium product, with a fully waterproof build and solid battery life.

And thanks to Amazon’s Prime Day deals, it’s an even more tempting ticker. Like the Series 7, the Watch SE is available in GPS and cellular configurations, with three case colours and two sizes to choose between.

As above, it’s worth taking the time at Amazon UK to consider all of the available options to see which discounts suit your budget best. Cheapest of the lot is the 40mm GPS edition of the Apple Watch SE – available for £199. Again, picking one is easier at Amazon US: all Apple Watch SE variants are reduced by $60, which makes the 40mm GPS option the cheapest at $219.

Whichever option takes your fancy, don’t hang around: Amazon’s Prime Day deals are only available until the end of 13 July. 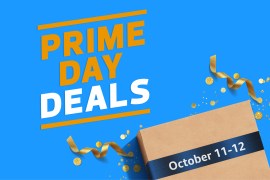 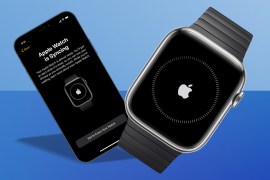