Unfortunately, 2022 saw no new MacBook Pro models – excluding the M2 13-inch monstrosity with Touch Bar, as everyone should. As expected, the rumour mill is turning out plenty of new reports on future models. And the latest rumour touts a big change for the MacBook Pro’s display that’ll divide fans more than Marmite.

According to a Bloomberg report by analyst Mark Gurman, Apple is working on a touchscreen MacBook Pro model. The report goes on to explain that engineers are “actively working” on the new MacBook design. The new model would take the existing form factor and slap a touchscreen on the front instead. Gurman boasts a really rather accurate track record when it comes to leaks, correctly predicting the 2022 iPhone SE, the iPhone 14’s always-on display, and more.

How likely is this touchscreen MacBook Pro?

For now, it sounds like this touchscreen MacBook Pro is still quite early on in development. With the project still under development, it’s a little way off, if Apple decides to go through with it at all. However, Gurman predicts that the device could arrive as soon as 2025, packing an OLED panel as well.

We know that Apple isn’t planning to combine macOS and iPadOS, so it’s likely that the touchscreen MacBook Pro would use a redesigned version of macOS with touch support. It’s currently unclear if the MacBook would support a touch-only mode, like other 2-in-1s on the market.

A touchscreen MacBook is something that Apple has held firmly against. We wouldn’t be too surprised to see “Keep your hands and fingers at the bottom of your MacBook at all times” warnings plastered around Apple Park. Support against this idea goes back as far as Steve Jobs, so it’s certainly a surprising move.

It would bring the much requested additional pro functionality that many crave from the iPad. However, it would muddy the waters around the iPad line-up, and it really would be quite unfriendly to use. To be honest, we’re not sure this one is on Apple’s cards – but it’s interesting to see the company work on developing the idea.

The Meta Reality feature is on its way to the more affordable headset. 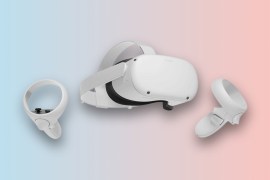 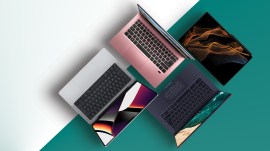