It’s so easy to pull up Amazon (especially with its apps) and order anything we need, be it gadgets and games or clothes and cosmetics, but it sounds like the company wants to establish a more physical presence.

With faded American electronics retailer RadioShack showing signs of a likely bankruptcy filing and company closure, Bloomberg reports that Amazon is in talks to swoop in and purchase some of the soon-to-be-shuttered storefronts.

Should that actually happen, it won’t be so that Amazon can compete against traditional brick-and-mortar stores on a wide array of product types. Instead, having retail locations will allow Amazon to present its own gadgets: Kindle tablets and e-readers, the Fire TV and TV Stick, and especially the oddball Fire Phone and Echo digital assistant.

But there could be other uses: the stores could serve as pickup and drop-off locations for orders and returns, respectively, or allow Amazon to better manage its same-day delivery service in select locations. RadioShack has more than 4,000 locations in the States, but it’s unclear if Amazon’s looking to take on a large chunk of those.

And Amazon isn’t the only possible suitor. Mobile carrier Sprint is also in talks to purchase up to half of the locations for its own dedicated storefronts, as is gift-oriented retailer Brookstone. And it’s entirely possible that RadioShack will be sold and continue on under a new owner, rather than shut down entirely.

Whatever the case, we’re intrigued by the idea of an Amazon storefront, especially as the company continues pushing into more and more electronics categories. Whether or not this American attempt pans out, we’re curious if Amazon will consider doing the same in the UK and elsewhere abroad. Stay tuned.

Was this Amazon’s plan all along? (Probably not) 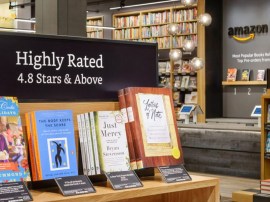 The weekend is mere hours away – but first, read all of this tech news 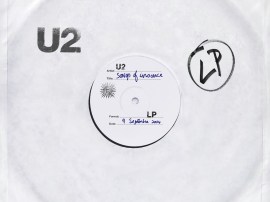