The Fire Phone didn’t exactly live up to the hype, with some sticker shock over the higher-than-expected price and somewhat gimmicky feature set. So be it: Amazon says it can and will do better.

Even after reporting dismal earnings for the most recent quarter, which included a US$170 million (£106 million) writedown for unsold Fire Phone stock, Amazon’s European vice president of devices claims they’ve learned from the experience and will persevere.

“In an honest assessment of the Fire Phone, we’ve learned a lot on this one,” said Jorrit Van der Meulen to Guardian. “We’re undeterred, but we’re not immune to the criticism either.”

He added, “We certainly read everything that’s written from customers to journalists and take note, so might the second step be slightly different than our first step, sure. I suspect that it will be.”

While it’s easy to point to the success of the Kindle and the various Fire tablets, Amazon’s popular devices all started somewhere – and arguably with less scrutiny at the time than the Fire Phone has enjoyed over the past few months.

“If you look at version one of the Kindle e-reader it was pretty bad, like the reviews we received on it,” noted Van der Meulen. “But we said we’re going to do keep going, keep investing and do this eventually, receiving many lumps along the way.”

Don’t be surprised to see the next Fire Phone sometime next year, hopefully with a much more competitive entry price and a refined, complete OS experience from day one. 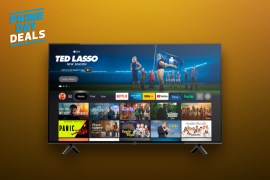