Virgin Media has announced Stream – an Ultra HD set-top-box competitor for the similarly-named Sky Stream puck that brings together all your services like BBC iPlayer, Netflix, Disney+, Sky Sports and more in one place with no monthly fee and a single bill. There’s a £35 activation charge.

You can also mix and match services on a monthly basis, so you can pick up and drop things at will on a 30-day rolling deal – this is apparently quite easy to do on the Virgin Media app or on the Stream box itself.

You don’t have to watch everything through the Virgin Stream puck either – you get full subscriptions to services like Disney+, so you can use the subs with other devices as you would normally.

What’s more, it’s coming very soon. Existing Virgin broadband customers can order the new service from tomorrow onwards but it won’t yet be available to either non-Virgin customers or existing Virgin TV customers. Stream is designed to complement Virgin’s existing TV offering, not replace it.

The interface is much improved from previous Virgin offerings. There are rails of personalised content like that on Amazon Prime or Player and you can use voice control to access everything.

In a dig at Sky Glass, Virgin O2’s TV and broadband chief Jeff Dodds said “I’m not going to sell you a new TV. I’m going to take your old TV and turn it into a state of the art Smart TV”

“You’ll never have as much control over your entertainment packages as you have with Stream,” added Dodds. “It’s about putting great content in one place. So whether that’s BBC, ITV, Disney+, Prime Video, Netflix, Sky Sports, BT Sport or YouTube.”

What is Paramount+? Your guide to the streaming service

Pricing, availability and content – here’s all you need to know about Paramount’s streaming platform featuring 8,000 hours of content 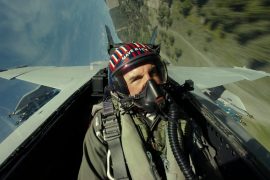