If you were after a super-slim laptop that looks as good as it performs, you’d probably be tempted to plump for a MacBook Air. What though, if you also wanted the ability to play some of your favourite video games on the fly? As much as we love Apple’s wafer thin lappy, it’s hardly known for its abilities as a gaming rig. Thankfully, the answer to your prayers has arrived in the form of the new Razer Blade Stealth. A compact, powerful, and decidedly gorgeous machine, the Stealth has been designed for those of you who want some extra punch with your productivity. The 15.6 inch mid-range model ($1,599) in particular caught our eye, with its Nvidia GeForce MX150 (25W 4GB GDDR5) graphics card, 8th generation Intel Core i7 quad-core processor, and 256GB PCIe storage combing to create the perfect portable gaming cocktail. Throw in some high-end extras like Dolby Atmos support, anti-ghosting technology, and a surprisingly smart aluminium chassis, and the Stealth emerges as a mighty impressive machine. 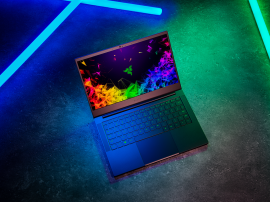 What matters more in a laptop: style, stamina or being able to play Skyrim with all the effects? Read this before you buy one… 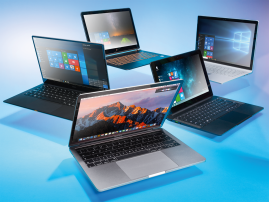