Running shoe designer Saucony has announced its latest innovation – the Endorphin Pro+ shoe which has a newly-designed ultra-light upper, designed for speed. The shoe – which will retail for £220 / €250 from next week – is set to be revealed by athletes competing in a 10K race under lights within the Zollverein Coal Mine Industrial Complex in Essen, Germany.

You can view the race as a live event this Thursday:

Saucony says the Endorphin Pro+ is its fastest shoe yet and it joins the others in the super speedy Endorphin collection. It boasts a carbon fibre plate (that Saucony calls Speedroll Technology) and takes cues from running spikes with several weight-saving enhancements including a lighter mesh and simpler tongue meaning the shoe weighs in around 17g lighter than the Endorphin Pro 2 shoe.

“Our elite runners told us that they believed that we could make the Endorphin Pro lighter and faster. They wanted to go faster and wanted us to help them.” said Shawn Hoy, Saucony’s senior vice president of global product and innovation.

“The Endorphin Pro+ delivers even more speed with a more minimal upper that shaves grams off the weight so runners can shave seconds off their time.”

Feet of engineering: inside the making of your next marathon trainers 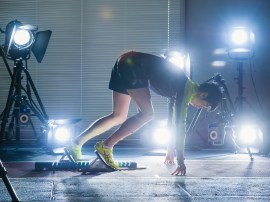 5 of the best extreme running shoes

Autumn has covered the UK with rain, leaves and cloud. But it’s not time to hibernate in a selk bag just yet. This is trail running season, so pick on 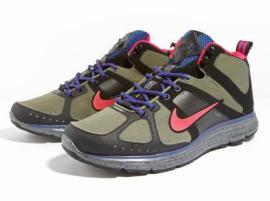