Nikon is hoping to lure vloggers and creative pros with its latest mirrorless system camera. The Nikon Z30 is purpose-built for anyone that spends just as much time talking into their camera lens as they do editing footage and photos, with a compact, carry-anywhere build, APS-C sensor and 4K video recording.

A new Video AF mode allows for continuous autofocus while shooting, and it’ll record for up to 125 minutes of uninterrupted footage (35 minutes when shooting 4K). The recording button has also been moved to a more prominent location on the top plate.

There’s a built-in stereo microphone, and a mic input if you need something a bit beefier (or run a radio mic for recording at greater distances). An LED up front lets you know you’ve hit the record button. There’s no headphone port for monitoring, though.

The 3.0in vari-angle touchscreen can be flipped out to face forward for vlogging duties, with the camera automatically shifting into self portrait mode for tweaking exposure from arm’s length. It goes without an EVF altogether in order to keep size and weight down, but leaves room for a hot shoe on the top plate for attaching accessories.

Bluetooth and Wi-Fi are built-in, and Nikon has made the jump to USB-C for charging and data transfer. Naturally it’ll play nicely with the firm’s range of Z mount lenses. 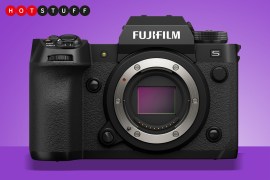 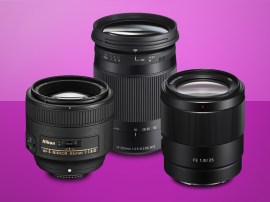