Olympus has update its flagship camera range with the launch of the OM-D EM 1 Mark III ($1799). At a glance, the new model is pretty unassuming. It features the same weather-sealed body as its predecessor, the Mark II, but you should know by now not to judge a book, or camera for that matter, by its cover. Inside, a new TruePic image processor combines with the same 20.4 megapixel Live MOS sensor found in the Mark II to facilitate 60fps sequential shooting, high-speed autofocus performance, and 4K video capabilities. That new processor also apparently makes the new model better at tracking faces and eyes, which is good news if you’re a people person. What’s more, the EM 1 Mark III is boasts “the world’s most effective image stabilisation,” compensating up to 7.5 steps when used with Sync-IS compatible lenses.

Small and speedy wins this race 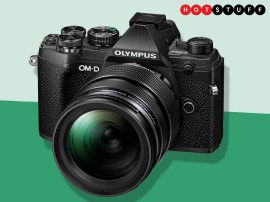 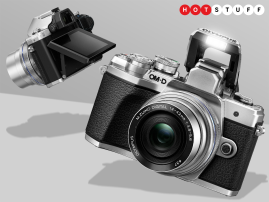