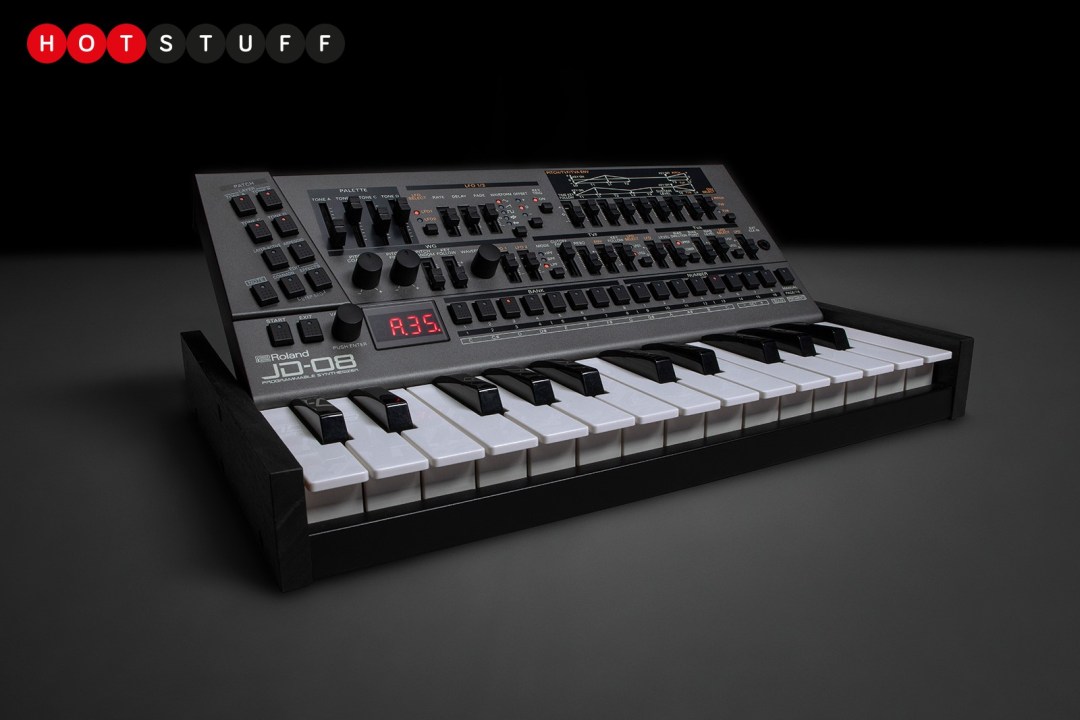 Japanese electronic instruments manufacturer Roland has turned to the archives for inspiration, unveiling the JX-08 and JD-08 Sound Modules in homage to two of its most loved vintage synths from years gone by.

Roland says the new sound modules reproduce the classic sounds of those bygone synth eras, but also offer new effects in line with current trends – in the case of the JX-08, there’s 32 presets insprired by the original 1985 model, plus 100 new patches for the modern musician and a polyphoric sequencer.

The 90s-styled JD-08, meanwhile, adds “expanded polyphony, a two-part polyphonic sequencer, and other modern updates” to a package that looks to emulate the “aggressively electronic sound palette” of the original waveforms.

Both units feature a host of contemporary connectivity options, too, and are being billed as highly portable. They can run on USB bus power or batteries, come with a  built-in USB-C audio/MIDI interface, and also pack a built-in speaker and full-sized MIDI I/O.

Perhaps best of all, they’re relatively affordable, priced at $400 each – around £295 in old money at the time of writing. But there’s a major catch in that neither are going to hit shelves in time for the holidays, instead launching in the US in January 2022.

That means they’re a good bet to be shown off at events like CES in Las Vegas next year, so watch this space as we hope to learn more and hopefully get our hands on these exciting new products then.