Introduced in the late 1990s, Pro-Ject’s Debut turntable has been going for nearly as long as Liam Gallagher’s swagger. And like the tambourine-whacking frontman’s barnet, it is forever evolving. The latest model, the Debut III S Audiophile is the first in its line to swap a straight tonearm for an S-shape arm. It looks great. That’s not it for the new additions, though. The turntable is the first to sport Pro-Ject’s exclusive new Ortofon cartridge, as well as brand new aluminum isolation feet and – the big one – the company’s boxfresh new “P” logo. Otherwise, you’ll no doubt recognise the tried and tested belt-drive motor, AC generator and 12” platter assembly, all of which appeared on the Debut Carbon. The III S Audiophile is available in either glossy black or white, and you can pick one up right now for £325.

Pro-Ject’s Automat A1 is its first fully automatic turntable

Automat for the people 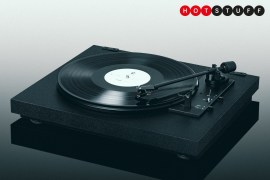 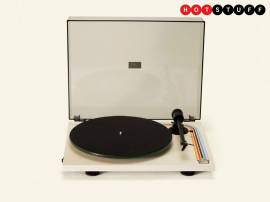 Carbon have a listen to this 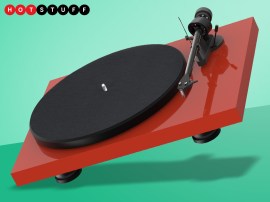