Don’t you just love the hype around new consoles?

The past few months have not been great for us all (to say the very least), but probably at the time we all most needed it, the gaming industry has absolutely smashed it out the park.

And nowhere is that more present than with team Microsoft – bringing about a more futureproof vision of the next generation with their incredible Xbox Game Pass offering and, of course, some seriously beefy hardware to play on, courtesy of the Xbox Series X and Series S.

Beating Sony to the punch, Xbox revealed pricing and a release date – £449 for the Series X and a seriously affordable £249 for the Series S, along with a 10th November release date for both. And it seemed to work well for them, with stock selling out fast on the pre-order day of 22nd September.

Microsoft has announced their promise of more stock on release day itself, but you never know whether there may be more coming down the pipeline for pre-order. Follow us on Twitter, where we will keep you posted on any new pre-order links going live.

Simply put, if your blood runs green rather than blue, we are doing everything possible to ensure you get your hands on a next gen Xbox (you should also get that checked by a doctor). Let’s go.

A little bit of breaking news for you – turns out there is a little bit of Xbox Series S stock still to be had over at GAME. Pre-order now before they disappear!

Besides that, you can try your luck below. Here are the places you can get your hands on an Xbox Series S!

As we mentioned above, the pre-order window for Microsoft’s new boxes was crazy – leading to a lot of retailers being sold out. You may get lucky using our handy widget just below! 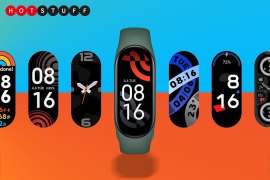