Home / Features / Where do you want to go to play? Inside gaming’s most intriguing new worlds 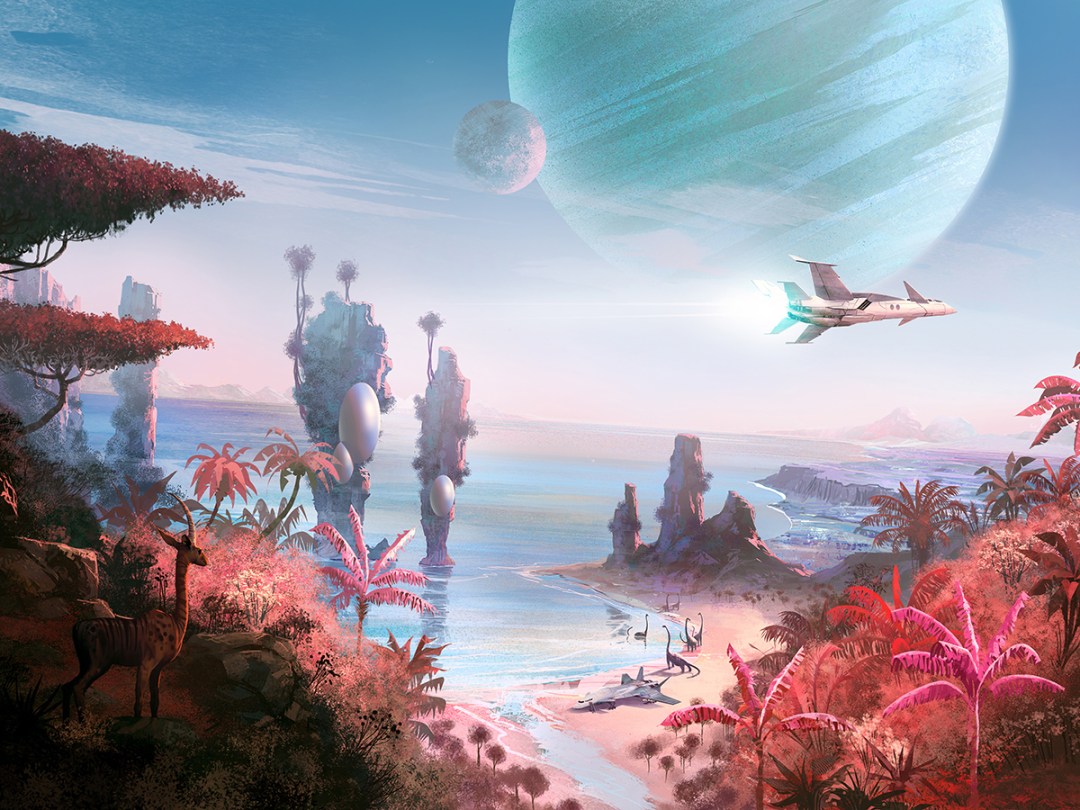 From mountains to megacities and small islands to giant planets, there are few things more satisfying than building your own world.

Fortunately for us, the creators of some of the most entrancing new game settings on the horizon were happy to share some insight on how these locales came to be. You’ll find details on what inspired the stunning No Man’s Sky, for example, or how the art style of the puzzling The Witness conveys a certain sense about the island.

We’ll be exploring all of this terrain before long (in fact, The Witcher III: Wild Hunt is already out this week), but you can get a head start by scoping out the sights below and reading the developer explanations.

The Witcher III: Wild Hunt was released this week and immediately took the top spot on our list of the 10 best console games in the world right now. It’s that amazing, and this role-playing epic’s stunning open world is the real star of the show. Here’s how much detail went into even one small part of it.

“Since the Skellige archipelago is partially inspired by the Viking/Nordic architecture and mythos, my most prominent inspiration was Viking longships. The longship you see is built from parts of longboats that crashed near island shores. The bow was inspired by Byzantine dromons and the Greek bireme. All in all, the whole thing is intended to project a feeling of being a warship with a bit of an adventurous past.”

The Legend Of Zelda (Wii U)

Each incarnation of The Legend Of Zelda has brought something new – and often miraculous – to the table. For next year’s Wii U edition, Nintendo is taking advantage of the hardware to open up the game world and rethink the way we approach the iconic dungeons.

“It’s quite a vast world, isn’t it? You can even reach those mountains in the distance, if you walk far enough. We couldn’t create such a wide world like this in the past. You can enter any area from any direction – so the puzzle-solving in this game begins the moment the player starts to think about where they want to go, how they will get there, and what they will do when they arrive.” (via Nintendo)

Ubisoft’s military juggernaut takes a new path with The Division, which blends action and role-playing elements to deliver a new kind of real-world tactical game. Only this isn’t exactly the Big Apple we know, having been rapidly ravaged by a horrifying, militarised disease.

“There’s a virus released upon New York City on Black Friday, and it has quickly devastated the city. It’s quarantined, all the basic services are shut down, people are dying and desperate and you have factions rising — either to take advantage of the situation or simply to survive. They’re fighting for the scraps that are left in the city, and you’re an agent of the Division, asked to go in and fix it, to take it back.” (via Connected Digital World)

Fresh off of the brilliant The Last Of Us, Naughty Dog refocuses its attentions on the adventures of Nathan Drake, with Uncharted 4 promising to be the most gorgeous entry, not to mention the most flexible with its world design and array of combat approaches.

“When Drake arrives on the island, the distant mountain is the first thing he sees. We use it as a design device, providing a goal to draw in the player, but also as they explore and their path twists and turns, they have a fixed point to orient themselves. So we needed it to be iconic, but also to describe the character of the island: both menacing and enticing at the same time. We want players to see a world full of possibility and intrigue that they long to be part of.”

Ever wanted a world of your own? No Man’s Sky generates one for you – but you can hop in a ship and take to the stars to explore the potentially millions of other player planets in the online-connected game universe. Your wildest sci-fi dreams are about to take flight.

“No Man’s Sky is the game that we wanted to play when we were kids. We wanted to make a universe that feels different: something full of hope and wonder that’s always fresh, and that you want to go out and explore. We also wanted to make it believable – not realistic, because it needs to inspire wonder – but it can be very easy to slip into crazy, silly stuff, like blobby tentacle beasts. We want you to feel that each planet you explore is a real place.”

Jonathan Blow‘s Braid remains a seminal entry in the modern indie movement, and his next effort looks every bit as dazzling as it is ambitious. The Witness drops you on to an island with challenging puzzles to solve, but also pleasing scenery to calm you all the while.

“The Witness is set on an abandoned island full of strange puzzles. It’s a quiet, somewhat surreal collection of different environments. The colourful, impressionistic style of the art was developed to create a pleasant, meditative space the player can really enjoy exploring. While the assets use minimal detail, they stay true to nature to create believable spaces. It is a place full of challenges and secrets, waiting to be discovered.”

Where on Earth am I? The strangest game worlds we’ve visited

Want something odd and intriguing to play right now? Here are four offbeat favorites that promise to toss you into the wild and unfamiliar.

The off-kilter locales drive the action in this oddball gem, in which you roll up everything – from lipstick to buildings – into a giant ball and send it into space

A philandering half-naked man has nightmares of climbing endless block ladders as the world crumbles beneath his feet. Terrifying.

The pixellated 3D natural world of this exploration game holds secrets: with the right conditions, you can change the season. But without any guidance, can you figure out how?

Read more › The top 10 games in the world right now