Home / Features / What is IMAX Enhanced on Disney Plus and which Marvel movies can I watch? 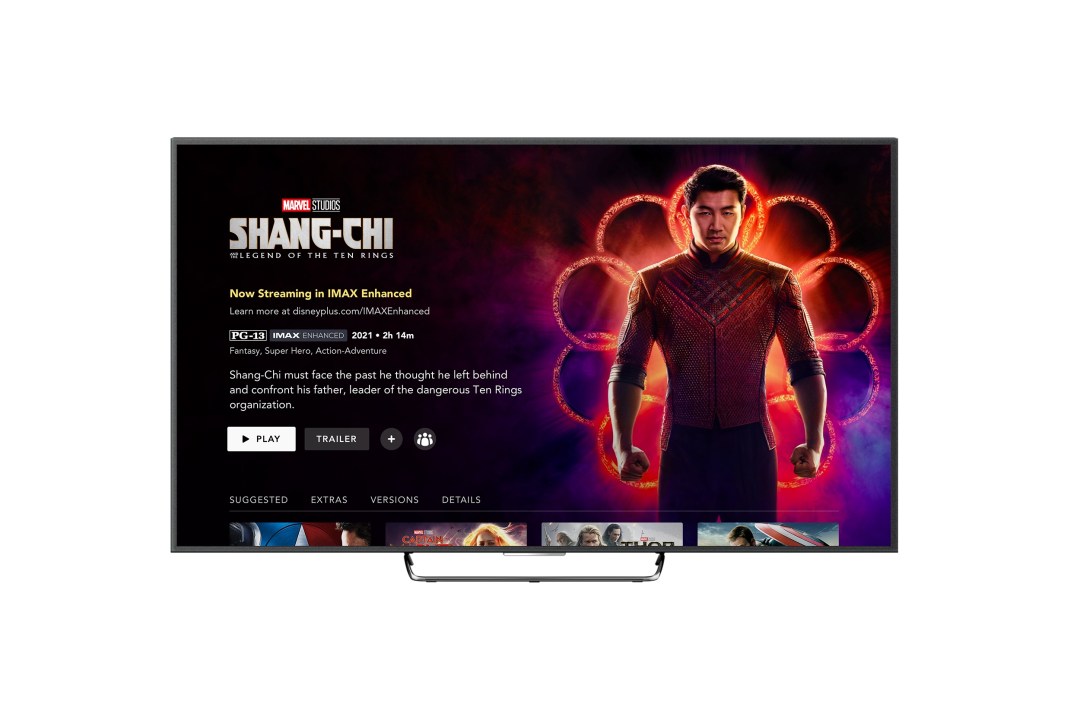 Disney has delivered some great news for Marvel fans and home cinema buffs, announcing that 13 of the most spectacular MCU movies are going to be available to watch at home in the more immersive IMAX Enhanced format.

They’re headlined by Shang-Chi and the Legend of the Ten Rings, which is set to land on the House of Mouse’s streaming service on Friday, November 12, along with all the other IMAX Enhanced upgrades. They include fellow recent arrival Black Widow, as well as a host of old favourites like Iron Man, Avengers: Endgame, and Thor: Ragnarok.

Read on as we explain what you really need to know about IMAX Enhanced, or scroll down to see a complete list of the movies getting the upgrade on Disney Plus this month.

What is IMAX Enhanced?

IMAX Enhanced is essentially an aspect ratio that fills more of the screen with cinematic goodness compared to other formats. In terms of the nitty-gritty, traditional IMAX movies are shot in 1.43:1, while Expanded Aspect Ratio delivers a 1.90:1 picture.

Doing the maths, this means it fills 26% more of the screen, and given that the 1.90:1 ratio of IMAX Enhanced is similar to the 16:9 ratio found on most TVs these days, it specifically means it fills most of a typical TV screen.

In other words, the letterbox-style of picture common when watching Marvel movies at home (where you have two large-ish black bars at the top and bottom of your TV screen) will be significantly reduced for sequences shot in Expanded Aspect Ratio, giving you a much more immersive viewing experience.

Some Marvel movies, like Avengers: Endgame, are shot entirely in the format. Others, such as Black Widow, feature select scenes (22 minutes worth, if you must know) shot in the format.

Looking further ahead, Disney has said that IMAX Enhanced movies will be getting a serise of further upgrades, including support for DTS sound, HDR10 and 4K – the idea clearly being to make the at-home Marvel viewing experience as much of a rival to the cinema as humanly possible.

Which Marvel movies can I watch in IMAX Enhanced on Disney Plus?

At the time of writing, Disney Plus has confirmed it’s making 13 Marvel movies available to watch with IMAX Enhanced from November 12.

They full list of Marvel movies available to watch in IMAX Enhanced on Disney Plus is:

Don’t have Disney Plus? The service is currently offering new subscribers the first month for the rock bottom price of just £1.99 (after which it auto-renews at £7.99 a month, but there’s no contract so you can cancel your subscription at any time).