Home / Features / Streaming TV services: stop being as awful as the tech you replaced

Hello. I am old to the degree I grew up in a household that once had to watch whatever was on the telly, because it lacked equipment to play on-demand recordings. Imagine! Fortunately, someone then invented VHS.

Unfortunately, our first deck had huge metal keys, and the record one refused to budge unless you put pretty much your entire weight on it. Still, the unit did let us load tapes bought after much rumination in the local Woolworths and – sometimes – even watch them. That’s assuming it didn’t fancy a snack during the Star Wars trash compactor scene and chew up the tape, thereby adding exciting and entirely unwanted levels of destructive realism.

Occasionally, new technology would appear, promising to rid us of the awfulness of what went before – but then adding idiocy of its own. DVDs were durable and provided immediate access to episodes and scenes without you laboriously winding through fragile tape. But because studio execs are sociopaths, they added pre-roll ads and pre-roll threats (“You wouldn’t steal a car!”), unskippable trailers, unskippable animations, and unskippable warnings about commentary tracks you’d never listen to having opinions that – shock! – might not align with the company that made the film.

PVRs came next, in theory intelligently recording entire series on to a hard drive, ready for you to watch. The reality was you’d just as often end up with random fragments of shows – assuming the thing recorded anything at all and that the hard drive didn’t decide to conk out, making sad little clicking noises until you put it out of its misery.

Then – cue: fanfare – streaming came along! Instead of recording anything, whatever you want to watch is just there. Find what you want, press play, and you can bask in telly and movie bliss. Except, just like technology evolved, so too have the aforementioned sociopath execs, whose descendants now live in gold houses, laughing maniacally about new user-experience horrors they can inflict on an unsuspecting public.

At least, I assume that’s the case. It would certainly explain the interface atrocities you must battle with when you have the sheer audacity to want to watch something on a streaming telly service that you’re paying for.

There’s simple stuff like recently watched shows lurking out of sight whenever you open an app, forcing you to search for them, like an old person who’s sure they left their keys around here somewhere. Then there are the pre-rolls. Sometimes, these are merely irritating, making you gripe that if you wanted to watch ads for other shows, you’d plug your DVD player back in. But sometimes, they are catastrophically stupid, running a trailer for a later season of a show you’ve only just started.

When you want to watch something new, the service will get all coy. To disguise catalogue sizes, streaming services serve up shows in arbitrary groups – Romantic comedies best watched on a Thursday with a pet mongoose – rather than a basic list. And when you’re done with a show, the credits shrink to the size of an atom, as you’re urged to instantly move on to the next thing. Keen to see who composed a cracking track halfway through a show? Want to watch the latest Marvel flick’s post-credits scene? Tough.

The mind boggles. At this rate, streaming will soon echo DVDs. You’ll press play and have to sit through a trailer you don’t want to see and then listen to someone bellow that you wouldn’t steal a car, and so don’t steal a streaming TV show by giving your mates your password. At least streaming services don’t randomly eat the show you’re watching – although even that’s presumably only a matter of time. 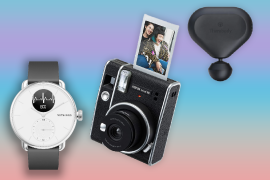 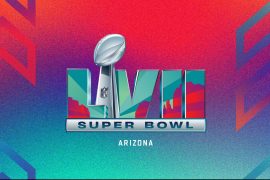