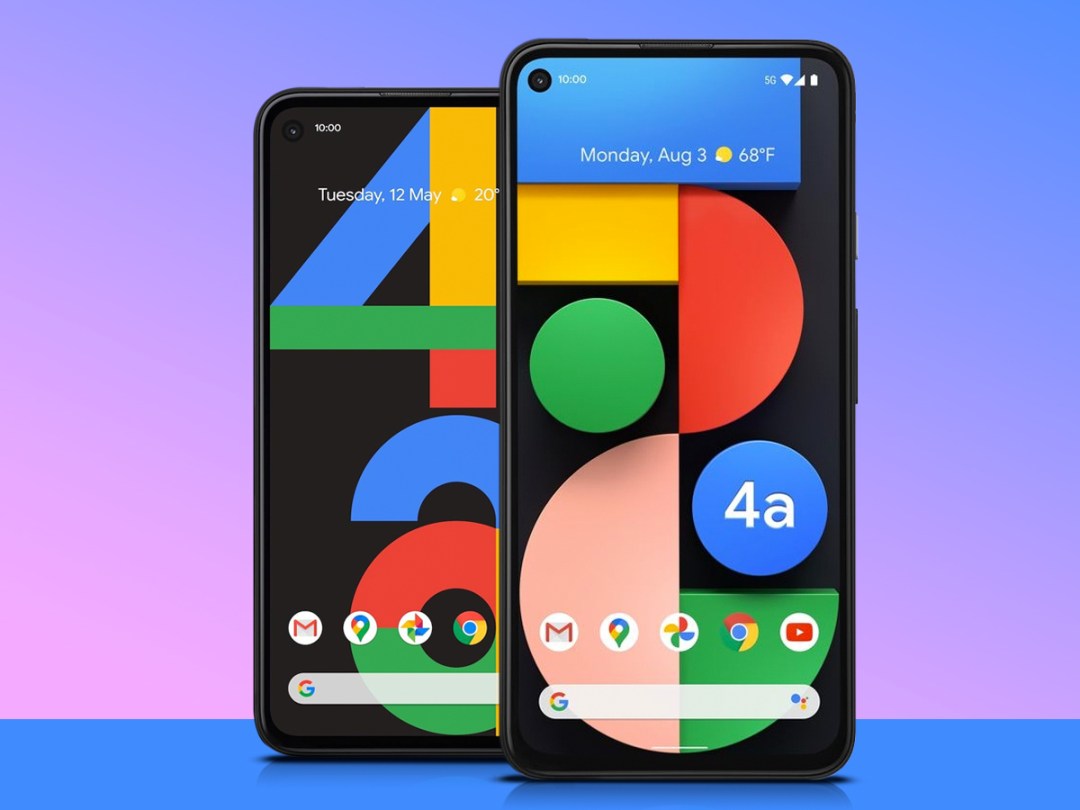 Google just launched its 5G-capable Pixel 5 this week, but that wasn’t the only new Pixel showcased: the Pixel 4a 5G is also coming.

Wait, the Pixel 4a? Didn’t that come out a couple months ago? Yes, the standard Pixel 4a is already out, but now there’s a Pixel 4a on the horizon. Surprisingly, it’s not just a 5G-boosted copycat, but actually closer to the Pixel 5 in terms of features.

That certainly complicates the Pixel lineup, so if you’re thinking of buying one of the budget-friendlier Pixels in the coming months, there’s a few things you need to know. Here’s a look at how the Pixel 4a 5G compares to the original Pixel 4a.

There’s a size difference here due to the Pixel 4a 5G’s larger screen and the back camera module is also a bit bigger, but otherwise these phones are essentially identical in design.

Both are essentially all screen on the front aside from the camera punch-hole cutout in the upper left corner, while the body and back are all plastic with a fingerprint sensor in the upper center. The Pixel 4a 5G has a “soft-touch” coating, however, that sets it slightly apart from the standard model. Both are less premium in build than the pricier Pixel 5.

Screen: About half an inch

The Pixel 4a 5G (shown) is almost like the Pixel 4a XL that never was, featuring a 6.2in display compared to the 5.8in display of the standard Pixel 4a. Beyond that, there aren’t any obvious differences between them.

Both are 1080p OLED panels, with the Pixel 4a just a smidge crisper because of the smaller size, and both are super-tall 19.5:9 panels with a little punch-hole cutout in the upper left. Neither has a super-smooth 90Hz screen, unfortunately, unlike the Pixel 4 or new Pixel 5.

Camera: One or two?

The Pixel 4a has an excellent 12.2-megapixel back camera that feels like a flagship snapper, capable of taking consistently brilliant shots thanks to Google’s winning software algorithms.

The 5G model (shown) has the same main camera on the back, but also adds a 16MP ultra-wide camera alongside for more versatility while shooting. The 8MP front cameras on both seem to be nearly identical in terms of specs.

Both the Pixel 4a and Pixel 4a 5G, much like the Pixel 5, opt for upper mid-range processors. Still, there’s a notable difference between them, as the Pixel 4a uses a Qualcomm Snapdragon 830 chip and the 5G model bumps up to a Snapdragon 765G.

As the name suggests, the 765G enables 5G cellular support, which is the namesake advantage of the larger, pricier model. But it’s also about 10% faster, according to benchmark tests, so you might see a very slight bump in everyday performance and/or encounter fewer hitches or bottlenecks along the way.

They’re pretty close, though, and both have 6GB RAM, and we already know that the Pixel 4a delivers a smooth and speedy Android experience. The Pixel 4a 5G will surely do the same.

The Pixel 4a 5G has a larger battery than the standard 4a, at 3,885mAh vs. 3,140mAh. It’s possible that we’ll see a smidge more uptime in an average day’s usage, although the 5G and larger screen will temper that nearly 25% capacity bump a bit.

Both have 128GB of internal storage with no option to upgrade and also no external memory support, so that’s your only real pick.

Initial verdict: 5G… if you’ll pay for it

If you’re keen on 5G support, then you’ll obviously want to go for the Pixel 4a 5G. You should care about 5G, as it has the potential to provide much faster download, streaming, and browsing speeds, but it’s still early days in coverage deployment in many places. Still, even if you don’t see a ton of 5G coverage now, you’ll be future-proofed.

The other big difference is price, with the standard Pixel 4a at £349 and the 5G model selling for $499. You get other benefits in the mix, including the larger screen, slightly faster processor, second main camera, and larger battery, but otherwise these ought to be pretty similar everyday phones: speedy, solid Androids without much premium flash or spark.

No doubt, given the large similarities and key differences, the Pixel 4a 5G is sure to be the better overall option. You’ll just have to decide whether you want to pay extra for 5G and/or the other benefits.

Google finally reveals the Pixel 6 and 6 Pro in full 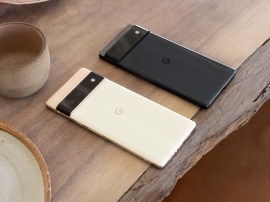