Each year, CES throws up (figuratively, although some people might argue almost literally) certain themes that set the course for technology for the rest of the year.

In 2014, it was all about smart technology, which, sure enough, became increasingly absurd as the months passed.

This year, possibly due to the economy still being given a thorough thrashing, there’s a clear attempt to infuse technology with familiarity and the warm, fuzzy glow of nostalgia.

By way of example, there’s the new Kodak Instamatic and the new Sony Walkman. Both of these names propel me back to simpler times, blissfully free from mortgage payments, nappies, constant nagging notifications on multiple black rectangles, and spam.

My Walkman was already old when I got it – a hand-me-down from my mother. I recall it (probably erroneously – although only slightly) being about the same size and weight as a housebrick.

The thing was so bulky that it came with a shoulder strap rather than a belt-clip, in order that it not yank your trousers down at inopportune moments. Its heft was such that if you spun round too quickly, the thing would fly dangerously about your person, causing you to send friends flying into walls, or turn hideous (but, at the time, weirdly fashionable) ceramic owls and field-mice into exciting three-dimensional puzzles.

Despite this, I loved the thing, with its giant clicky buttons, even as it chewed through batteries (and sometimes the cassettes it was supposed to be playing). It was this that cemented itself in my head whenever I thought ‘Walkman’, eclipsing any successors with their new-fangled shiny discs, MiniDiscs, and MP3s.

Similarly, Kodak Instamatic has an important place in history for a great many people, ushering in an age of relatively low-cost photography, and boasting form factors that were tactile, beautiful and approachable. Naturally, by the time I got my hands on one, it was already pretty old, but that merely somehow made it feel experienced and worldly wise.

CES 2015: An interview with Sir Hossein Yassaie from Imagination Technologies, the man you didn’t know built all your tech

He’s the founder of the company who made the graphics hardware for every iPhone and iPad, and a very interesting chap 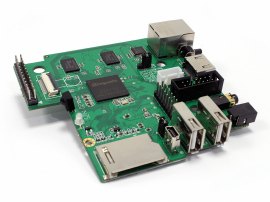 Six things CES 2015 taught us about the future

Our postmortem of the biggest tech show on Earth

An app that tells you how you’re driving, how your car’s feeling and how to save yourself cash 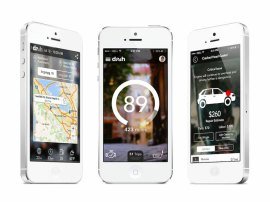