When was the last time you Warlock Slapped a Dreg in the face with fabulous space magic?

Chances are, it was a fair while ago. While I’m still hopelessly addicted to Destiny, the content drought has retired many Guardians over the past year. But I’m happy to say, it’s time to get excited again.

Bungie has finally revealed its Rise of Iron (RoI) expansion – the newest slice of Destiny DLC which is set to land on 20 September for £25. And it looks awesome.

Whether you’re an ex-Guardian looking for a reason to jump back into your armour, or a new player wondering what on earth I’m prattling on about, here’s why you should be excited:

Gjallarhorn is coming back. If you just squealed like a little girl, you’re in good company.

The over-powered rocket launcher is a mythical weapon from year one Destiny. Grown men blubbered like newborns when they were lucky enough to have the weapon drop for them, and it became a crucial item for those looking to defeat the game’s biggest bosses.

Pre-ordering the RoI will net you a special black version of the rocket launcher, but fear not – players will be able to unlock it via an in-game quest too, in all of its natural, glorious gold and white colours.

2) No more doom and gloom

Don’t get me wrong, the past few Destiny expansions have been great, but by this point I’m pretty fed up with the death-loving Hive and all their macabre skulls and creepy wails. Thankfully, RoI instead focuses on the Fallen – a much more agreeable (but still very hostile) race.

These Fallen look a little… altered though, with menacing mechanical enhancements and glowing red eyes which look anything but friendly. This is all something to do with something called a SIVA virus, apparently, and we look forward to finding out more in the story come launch day.

"Every Fallen House has Splicers – body hackers and bioengineers who fuse metal and flesh – but The Devil Splicers have uncovered the ultimate technology, SIVA, a Golden Age breakthrough in self-assembling, self-replicating nano-technology. The Fallen have always worshiped machine gods, now, armed with SIVA, the Devil Splicers are becoming machine gods themselves. Confront the Fallen Devil Splicers in The Plaguelands, find the source of the SIVA outbreak and contain it at any cost".

The majority of the new content looks set to take place on a new area called the Plaguelands on Earth, with some impressive snowy vistas appearing in the trailer. Bungie promises new strikes, public events, and patrols too, giving players fresh new incentives to jump on their sparrows and actually explore planets again. Oh, and of course, plenty more new weapons and armour to ride into battle with.

A new social hub called the Iron Temple sounds suitably badass, as it should – it’s where the Lords of Iron chill when they’re not busy crushing enemies with packs of wolves. And sadly, no, we won’t get to have a fluffy wolf companion ourselves. Sadface.emoji

Nothing gets Destiny fans more excited than a new raid. Raids offer players plenty of laughs, tears, and an excuse to avoid food and drink over the course of an entire day, posing the most challenging content Destiny has to offer to its most loyal fans.

There’s very little we know about the new Fallen-centric raid so far, but the trailer shows a bunch of Guardians leaping off a gigantic metal structure, as well as a gargantuan Fallen Walker tank, with a scorpion like appendage. Neat.

The light level has also increased significantly from its current 335 level max, though we haven’t got an exact figure at this time.

"Deep below the earth lies the true source of the SIVA outbreak, guarded by the most zealous and powerful Fallen Devil Splicers. Six Guardians will plumb the depths to stop the threat at its source. Should they emerge victorious, they will return to the surface wielding powerful new SIVA weapons and armour".

5) Check out this dank flaming axe

Destiny has already introduced swords in past expansions, but this time we’ve got a humungous flaming axe to slice enemies up with. It is, according to reddit, a random temporary-drop power weapon, similar to existing Hive swords and scorch cannons. But you don’t really care about any of that stuff. Just look at it. You know you want one. I know I do.

6) You can shoot your mates in fun new ways

Bungie has promised new crucible maps for us to sink our teeth into, as well as a mysterious new game mode. Players are already hoping for a Halo-like Infection playlist, and I’m crossing my fingers right alongside them. Now if they could just make me a good sniper…

This is the first Destiny content which Bungie will not release on the Xbox 360 or PlayStation 3, marking the end of the Destiny era for both ageing consoles.

While this is bad news for some gamers, it really is for the best. The limitations of old hardware holds everyone back, and given the fact that these consoles are more than ten years old, it’s a wonder this didn’t happen sooner.

What this means for the new (and future) expansions remains to be seen, but with nothing holding Bungie back any more, I expect great things.

Now if you’ll excuse me, I’ve got some hand cannons to test… 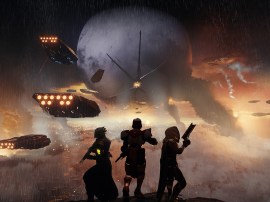 But maybe not on last-gen consoles. UPDATE: Leaked trailer! 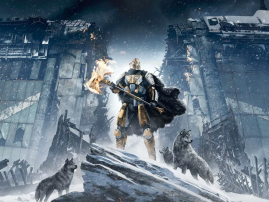 UPDATED with our verdict on Destiny’s far superior second expansion, House of Wolves 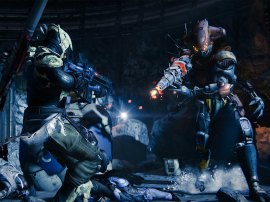