In association with Vodafone 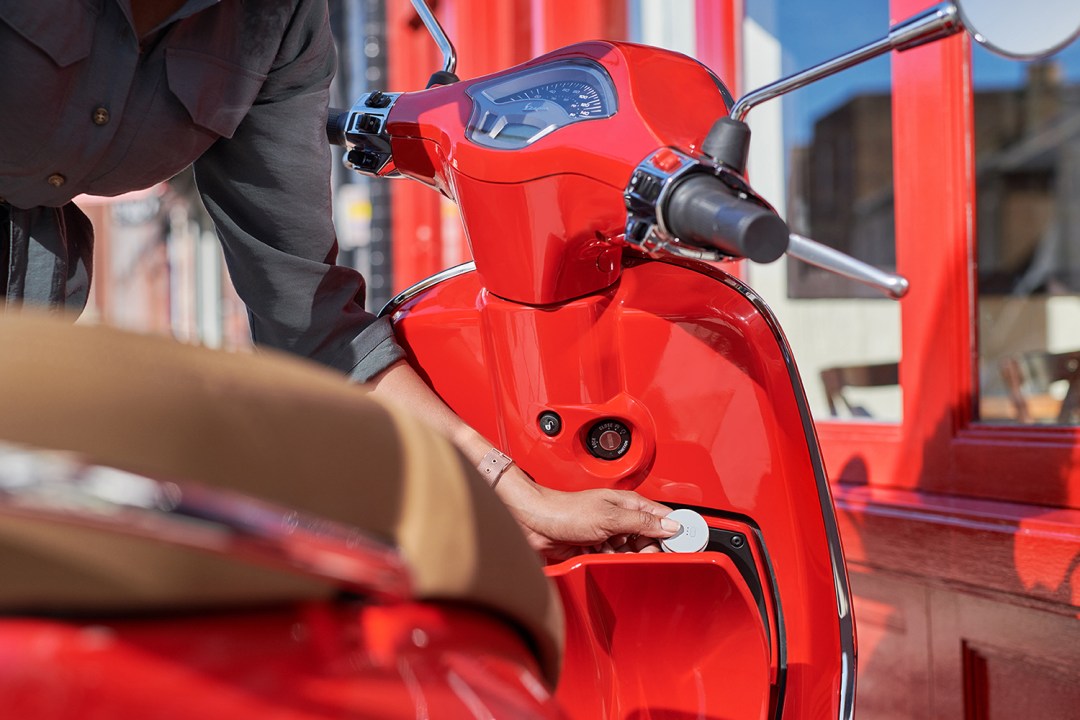 The Vodafone Curve is a tiny little tracking device you can attach to just about anything. Bought a new bike for the kids this Christmas? Stick one under the saddle.

Attach one to a handbag and you won’t have to fret over whether it was left in the pub, your parents’ house or you left it on top of the car as you did the Christmas shop.

You have probably heard of tracker devices before. They are all the rage at the moment, but Vodafone’s Curve is a little different.

It is equipped with Bluetooth, Wi-Fi, GPS and a cellular connection. Those last two make a beautiful pairing, letting you track down lost items no matter where they are. They don’t need to be in range of your phone’s Bluetooth, or a Wi-Fi hotspot. 100 miles away? No problem, aside from the trip you’ll have to make to retrieve your stuff.

The Vodafone Curve is an almost unreasonably powerful tracking device, and it may well be more rugged than the thing you attach it to. It is rated for IP67 water resistance, meaning it can handle an unplanned dip in a pond and is dust-proof. It weighs just 30g — so light even a fall from a considerable height is unlikely to cause any damage.

This toughness matched with GPS support makes the Curve an excellent tracker for four-legged friends too. Vodafone even makes a pet tracker clip to let you attach a Curve to their collar or harness. Trackers that rely on a direct connection to your phone’s wireless receivers can’t avoid that heart-stopping moment when a pet goes missing, but a Curve can.

You can also set boundaries, making the Curve fire an alert to your phone when it leaves a certain area. Once again — perfect for pets. But it’s just as useful if your partner accidentally leaves the house with your car keys in their pocket.

A Vodafone Curve isn’t only for emergencies. It can handle the small stuff too. A speaker capable of blasting out alarms at up to 90dB sits inside the Curve, and it can beep to help you locate nearby objects.

Considering how long we’ve spent looking for lost keys just in the last two weeks, this feature alone might justify a Vodafone Curve.

You can also set it to different modes. In Power Saving it reports its position every two hours, letting the battery last up to seven days. At the other end of the scale, Performance mode logs the location every five minutes, but a charge will still last around three days.

Just plug it in using the supplied microUSB charge cable to replenish the battery.  Using the Vodafone Smart app you can also view the Curve’s position in real-time, meaning most people will be fine using one of the less power-hungry modes.

As this is a fully internet-connected device, a Vodafone Curve uses a Vodafone SIM. The data connection does not come for free, but the discount you can get this Christmas is why we’re talking about Curve today. Until December 20 you can get 50% off, bringing the monthly cost down to £1.50. Peace of mind for less than the cost of a cup of coffee? That sounds like a good deal.

Don’t worry, you can still buy a Vodafone Curve as a Christmas present and get the discount, as it just needs to be activated by January 7. The curve itself costs £30, and right now you can buy a second at half price.

Vodafone’s promotional pricing comes with a 24-month minimum term, but you can also sign up for £6 a month if you would rather not have any longer-term commitment.