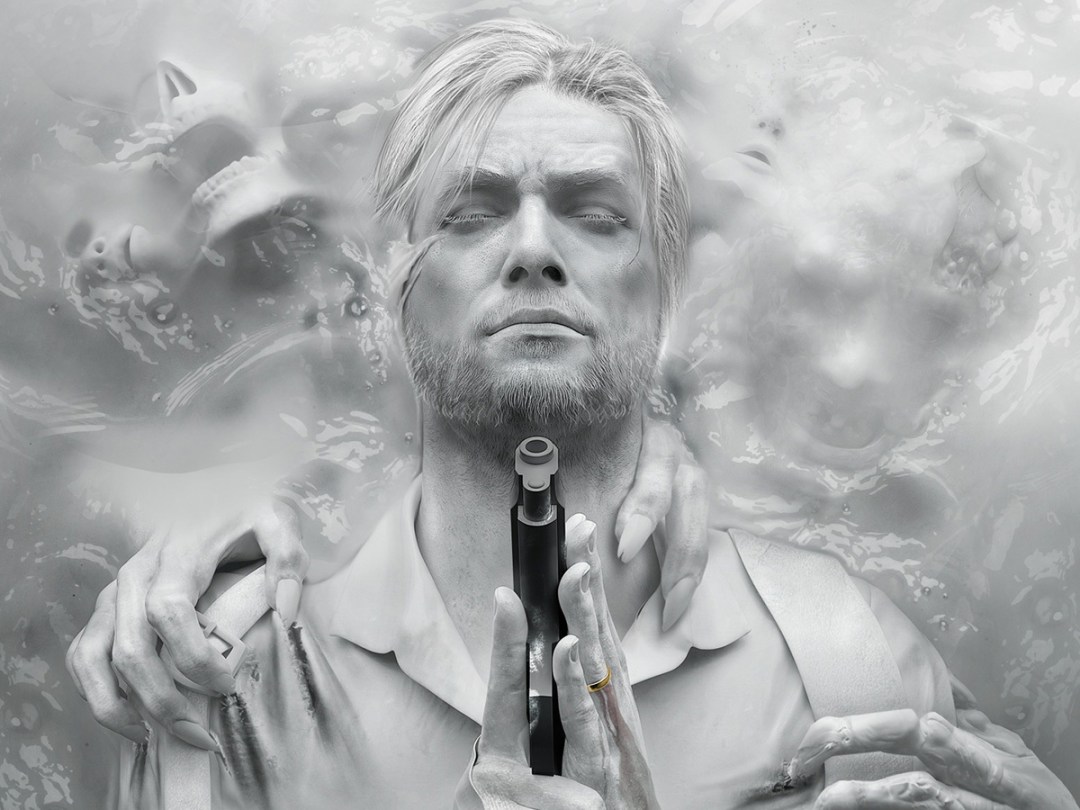 Sebastian Castellanos is a man on the edge – but then you would be too, if you’d only just survived a nightmarish virtual reality horror world where everything was out to kill you.

The original Evil Within threw some seriously warped stuff your way, so it would understandably take something major for Sebastian to climb back inside the twisted VR of STEM.

How about the fact that the whole system is being powered by the mind of his daughter – the one he thought has long ago died in a fire? Yup, that’d do it.

It’s shonky, B-movie stuff, and the opening ten minutes will have your eyes rolling so hard you’ll see your brain, but this is a sequel that has learned some smart (and scary) lessons from the original.

If you didn’t care for Resident Evil 7‘s shift to a VR-friendly first-person perspective, then The Evil Within 2 may feel like a welcome escape.

“Escape” being the key word, given the monstrous threats you’ll encounter.

It’s mere minutes into the second chapter before you’re being chased by an enormous, freakish woman with a spinning saw blade for a hand and squirming, bulging muscles. An art-obsessed cameraman with a penchant for butchery isn’t far behind, his graphic images covering every wall as you sneak through his lair.

The physical threats are very real, with some monsters easily finishing you off with a single hit, but despite these heart-pumping moments, The Evil Within 2 is happy to take a much slower pace. It spends more time on its surreal scares, which trip you up and throw you for a loop.

Tight corridors and rooms shift and warp around you, changing behind your back while you weren’t looking. One massive hallway is covered in red velvet drapes that flow and breathe like some kind of animal – Think Twin Peaks and you’re halfway there.

The world regularly shakes, your view gets distorted, and Castellanos has wild visions at inopportune moments. It’s unnerving, to say the least.

When sawblade-lady spirits aren’t giving the chase, you’re dealing with grotesque beasts that wander the streets – and it’s here that The Evil Within 2 feels the most changed from the original game.

STEM has created a simulated town called Union – apparently an easier manifestation of reality for its users’ brains to accept as ‘real’ – and it’s all open for you to explore, in between more structured levels.

Instead of entirely linear chapters and fixed scenarios, you can navigate at your own pace, in whichever direction you like – as long as you can avoid the murderous ex-inhabitants while you’re at it. Stealth is crucial now, as you can be easily overwhelmed by a horde of weaker enemies once you get spotted. The AI isn’t amazing, though, and sometimes you can get away with things you really shouldn’t.

It’s survival horror with more of a focus on survival than slaughtering. Most buildings can be entered, and almost all have crafting components, ammunition and collectibles to uncover.

You’ll also need to conserve resources and suck up gross green gel from fallen enemies to enhance your skills over time, or else you’ll be cursing your trigger-happy past self by the time you get to the latter third of the game.

Workbenches at safe houses let you upgrade your gear, but you’ll have to travel through light-spewing mirrors and pay Nurse Tatiana a visit inside your own mind (trippy, I know) to unlock Sebastian’s more advanced abilities.

When slow and steady doesn’t work out, you can pull out your pistol or crossbow to deliver some dazzling headshots. Sebastian isn’t exactly an olympic sprinter, though, with slow turns that are more than a bit reminiscent of the original Resident Evil games.

Close combat can be irritating as a result, so it pays to increase your arsenal whenever you can. Optional side missions see you helping fellow survivors, hunting down specific items, or defending yourself against hordes of enemies, with rewards making it worth your while.

There are more complex, multi-step quests that flesh out the story, too. You don’t need to have played the original to understand what’s going on, but returning players will appreciate the regular nods and winks to Sebastian’s first encounter with STEM.

It can be a bit overwhelming, when every optional objective gets laid out on a map, Ubisoft-style, and the larger cast of characters this time around makes you feel much less isolated than before, but the excellent and atmospheric level design and soundtrack help bring you back into the moment.

There’s a great balance between less structured, open-world exploring and more directed, linear environments designed to ratchet up the tension and scares. It doesn’t ever let up completely: you’re always on edge, worried about wasting precious shotgun shells on a monster you could have snuck around instead.

CHANGE FOR THE BETTER

The original Evil Within has some strong proponents, but not every stylistic choice or balancing decision worked out well – something the developers have addressed for the sequel.

The forced letterbox perspective from the first game has been banished, and the Casual difficulty mode is legitimately easier now – there just wasn’t much of a difference first time around.

Detective Castellanos is a much more relatable character now, too. His overly gruff demeanor made him a tough lead to like before, but he has much more emotional resonance in the sequel. That’s important, given his stake in the storyline, as a broken and beaten-down man disowned by everyone in his past life, and someone on a desperate quest to reclaim his daughter against all odds.

The Evil Within 2 Verdict

Beyond the B-movie plot, the scares are very real – be that in the creepy environments that compel you to explore them, the deeply chilling sound design, or the grindhouse-levels of gore and viscera.

Quietly traipsing around Union’s small town, while trying to evade sight from the mutated, zombie-esque creatures is a real challenge, different enough for hardcore fans of the first game, yet accessible enough for newcomers.

It might start off as one big cliché, but it doesn’t take long for The Evil Within 2 to settle into a compelling mix of action and horror.

Get beyond the cliched story and The Evil Within 2’s open-world scares are tense and refreshing – even if the borrowed tropes don’t quite gel with the genre.