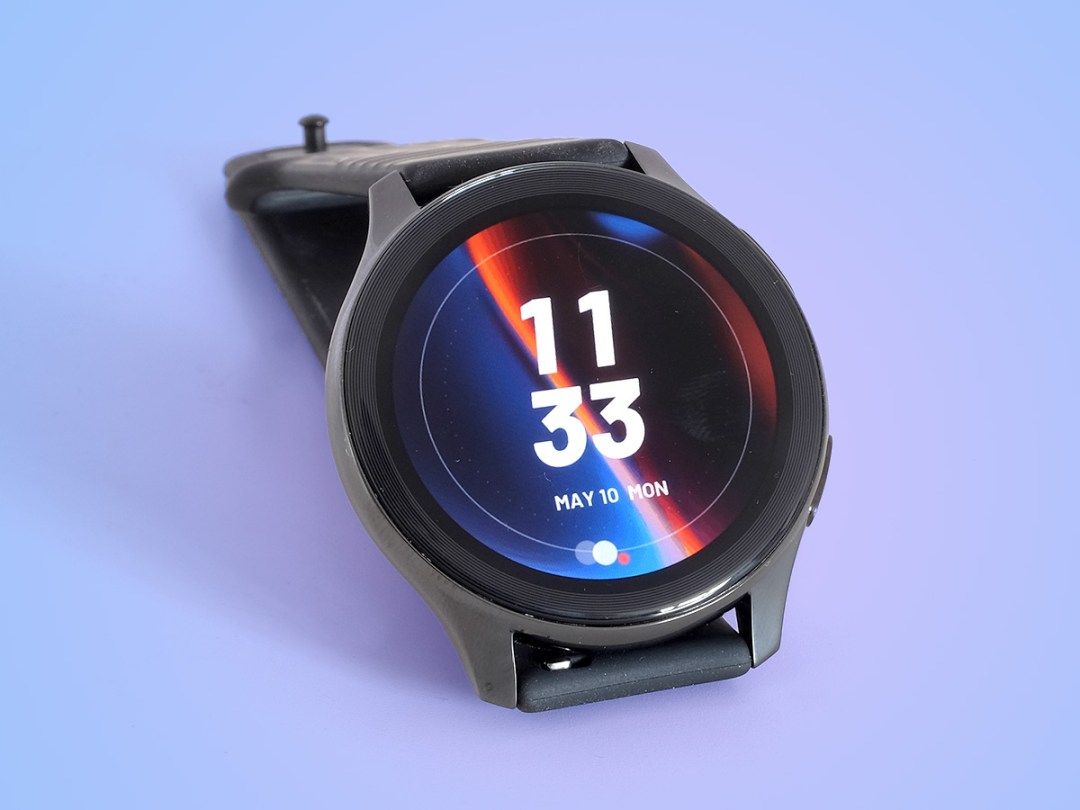 The OnePlus Watch had possibly the worst launch in OnePlus’s entire history. It arrived missing a bunch of features, which is forgivable, and half of the basics didn’t work properly either.

Maybe in another few months it won’t be, but given you can get something similar like the tried-and-tested Huawei Watch GT2e for less cash, we can’t recommend the £149 OnePlus Watch right now.

There was one OnePlus Watch problem we were hoping OnePlus would fix before we put a score on this wearable. It relates to the watch’s GPS tracking.

Every workout we’ve taken the OnePlus Watch out for, the GPS mapping has taken a small age to kick in. We’re not talking about 30 seconds, which is pretty normal. Or a couple of minutes, which used to happen with some much older wearables, on occasion.

The OnePlus Watch takes up to eight minutes to start recording your location. Run a 5K and the watch may tell you you’ve run about 3.5km. It gets worse. If the OnePlus Watch’s software behaved sensibly, like other watches, it would use its motion sensors to estimate distance to start, and switch to the proper GPS stuff when available. Instead, it does something very strange.

The OnePlus Watch spreads the distance it records over the time you spend out running or walking, like someone trying to cover a stack of toast with a thimble of Marmite. So every kilometre is registered as ultra-slow, not just the first one or two kilometres. How the stats end up in this state boggles the mind. It has knock-on effects on the OnePlus Watch’s more hardcore fitness measurement, VO2 Max. We usually score a 51. The OnePlus Watch gave us 24, suggesting we spent the whole of lockdowns one, two and three eating crisps in front of the TV. The watch thinks you’re sweating your guts out, working your heart to a drum and bass tempo, but still running at the pace of a toddler learning to walk.

Right now the OnePlus Watch makes a good enough daily step counter, but we wouldn’t trust it to track a walk around the park, let alone a 10K run or a marathon. That OnePlus chose to prioritise adding new features like the always-on display over fixing this in its first couple of updates is inexplicable. All these problems seem to be software-related. When the OnePlus Watch finally claws its way to a GPS signal the route it draws looks perfectly fine.

Its heart rate results are entirely solid too, better than the kinda flaky Fitbit Sense’s at least. All the tools are here, but OnePlus has dropped them behind the sofa.

Design and Interface: Metal and glass where it matters

Most other parts of the OnePlus Watch are perfectly fine, or better than that. Its design is nothing too ambitious, but looks nice if you haven’t been jaded by the many comparable watches out there.

Its screen covering is glass with a slight curve at the corner. The bit around the display glass is stainless steel, a nice touch when some affordable watches use easier-to-scratch aluminium, and the underside is plastic. Apple charges far more than whole cost of the OnePlus Watch just to upgrade from aluminium to steel in the Apple Watch Series 6.

The software inside is a lot like that of Huawei’s long-standing semi-smart watches, with a little less gloss.

Flick left and right from the watch face and you get to widgety screens showing music controls, your last set of sleep data and your heart rate. You can add others for your step count, the weather and your stress level.

Some of these have graphs displaying results over the last handful of hours, and these could be spruced up a little to make better use of the display space. But we could give OnePlus a pass for this if it hadn’t mucked up the essentials so badly.

The screen itself is good too. It’s a 1.39-inch OLED of 454 x 454 pixel resolution, just like its arch rival the Huawei Watch GT 2. This little disc of pixels is bright, sharp, and will alter its brightness to suit ambient conditions.

OnePlus has already added an always-on mode that reduces the battery life from an excellent ~14 days to roughly a week. This sort of halving of battery life is the norm for always-on OLED watches. 14 days or a week? We’d be happy to live with either. Charging is fast too.

OnePlus has gone slightly further than some with its watch features. The OnePlus Watch will control music played on your phone, and can also store a bunch of tracks itself, to send to a pair of wireless headphones. There’s around 2GB of space for your music.

When its fitness tracking features are finally fixed we’ll have a watch that lets you run or walk without your phone at all. You can control music during a workout, which is not the case in every single wearable.

The OnePlus Watch even has a speaker, but you can’t use this to play music. It’s for alarms, workout alerts and calls only. That’s right, you can make calls using this wearable, as there’s a microphone too. It acts like a Bluetooth headset, although why you’d want to talk into your wrist with the sound of your conversations spilling out so everyone at the train platform can hear is anyone’s guess.

OnePlus hasn’t leaned too far into these smartwatch-style features. The OnePlus Watch doesn’t have a digital assistant and you can’t download extra apps for it.

We can’t even use one of the smart features preinstalled either. Connect TV is one of the little apps on the OnePlus Watch, but it only works with a OnePlus TV. And you can’t buy a OnePlus TV in the UK.

In a more polished watch this feature might be removed for markets outside China. Don’t show buyers features they can’t even use: it’s not a good look.

Still, the OnePlus Watch can be used as a remote trigger for your phone’s camera, and it doesn’t have to be a OnePlus phone. And you can take blood oxygen saturation readings. This mode shines a red/infrared light into your wrist, and measures the reflected light. Oxygenated and deoxygenated blood absorb different amounts of red and infrared light, letting a simple optical scanner have a good crack at a reading.

Like most wrist-worn trackers, the OnePlus Watch will likely spit out a figure in the high 90% range, you’ll shrug your shoulders and go on with your day. Garmin has been putting blood oxygen saturation readers in some of its watches for years now, but the feature only really blew up in the public imagination when covid-19 arrived. Still, the OnePlus Watch can also record SpO2 readings while you sleep, as changes can indicate issues like sleep apnea.

We might have a better opinion of the OnePlus Watch if we waited until six months after it launched. We gave OnePlus a few weeks and a couple of updates to fix a few glaring problems, because we like to review new tech at Stuff, not gadgets half-way to the retirement village.

OnePlus added a few features, no doubt squashed some bugs. But the main one remains. The OnePlus watch cannot reliably track outdoors exercise thanks to dodgy GPS execution and fumbled handling of the data it does record, compounding the problem.

The Huawei Watch GT2, or its cheaper sibling the Huawei GT2e, are better buys.

The OnePlus Watch may be a good buy one day, but a few weeks after its launch it is not.

Up to 14-day battery life