Back in 1989 Cher promised that if she could turn back time she’d take back all the words that hurt us and make us stay. Fast forward to 2015, and it’s clear EA is thinking the same thing about its long-running racing series, Need For Speed.

Having taken a year-long hiatus, following more than a couple of lacklustre entries, Need For Speed is attempting to recapture its glory days. It might not be Underground 3, but it’s clear that new developer on the block, Ghost Games, has done everything in its power to give us a sequel in all but name.

Even the best laid plans can go awry, and Need For Speed has somehow managed to become a game that disappoints and delights in equal measure.

The good, the bad, and the gorgeous

Before you’re even given the chance to get behind the wheel of a car, Need For Speed reveals one of its worst features: live-action cutscenes that feature a gaggle of walking, talking, fist-bumping millennial clichés. The kind of which you’d cross the road to avoid.

No racing game should live or die on the strength of its narrative, but, by stuffing the game with awkward, two-dimensional petrolheads, Ghost Games have made it difficult to care about what little plot there is.

Fortunately, when you do get into the driving seat things start to improve, and the first thing you’ll notice about the world of Need For Speed is that it’s absolutely gorgeous. The rain soaked streets of Ventura Bay, beautifully rendered with the help of the Frostbite 3 engine, are drenched in neon ambience, and you’ll often get distracted by the sheer beauty of the world around you. Everything sounds great, too, with car engines roaring into life, upping the ante with every change in gear.

When you’re drifting along a mountain road while using the game’s bonnet cam – there’s no first person option – Need For Speed is a total thrill.

Unfortunately, aside from the lack of a cockpit view, there are some other notable absences that hold the game back. Underground’s high-octane drag racing mode has been done away with. Manual gearboxes have also been thrown on the scrapheap, and a notable lack of traffic, police cars, or any other human presence in Ventura Bay make the city feel more than a little bit lonely.

The missions themselves also lack variety and there’s a definite focus on drifting, which often clashes with Need For Speed‘s renewed emphasis on customisation and fine-tuning. Still, this is another area Ghost has excelled at, with the studio giving players the option to turn any car, be it a Honda Civic, Ford Focus, or Porsche 911 into an unstoppable force of vehicular nature.

Those who aren’t familiar with the ins and outs of tuning can simply use a slider to give their car more grip, making it stick to Ventura Bay’s slick roads, or less grip, turning it into a meandering drifting machine that wouldn’t look out of place in The Fast and the Furious: Tokyo Drift. Yeah, we know you watched it.

Players who want to pop the hood and dig deeper can do just that, tweaking steer response, tire pressure, drift assist, launch control, break strength, and all manner of options to create a handling style that suits you.

The problem is, in the long-run, none of this really matters. I’m someone who would’ve preferred my car to have more grip, but it didn’t take me long to realise that the reason I was struggling in races was because my car wasn’t capable of drifting. I had the handling capabilities of an elephant, and my increased grip proved a hindrance in every single race I entered.

Only once I accepted Need For Speed for the arcade racer it truly is, and gave in to its demands by turning my car into a vehicular slip ‘n’ slide, did I truly start to enjoy my time with the game.

The way to play it › Our top 10 games machines

The inability to blend the cherished ideas of yesteryear with today’s gaming staples is Need For Speed‘s biggest problem. Like a middle-aged man who feels compelled to buy a convertible sports car because he can’t figure out where the time’s gone, Need For Speed, it seems, is having its very own mid-life crisis.

Players wanted to relive their fondest memories, to bathe in the nostalgia of the Underground years, so Ghost brought back the features we’d all been asking for. Yes, you can spend hours painting your car, adding decals, logos, bumpers, and carbon fibre hoods. Yes, you can fine-tune a huge array of cars and drive them around a gorgeous city that exists in perpetual night. And yes, if you can master the art of drifting and make peace with the game’s hit-and-miss handling, you can enjoy a good, if not great, Underground pseudo-sequel.

Ghost delivered on those promises, but this isn’t 2004, so you’ll also have to accept that the game is always online – a nuisance that means there’s no pause menu, no dedicated multiplayer mode, and no way to stop other players crashing into you as they cruise around your city. On top of that, like every other modern day title, you’ll also be tasked with hunting down all manner of collectables. Someone has been taking notes from Ubisoft.

Join the project › Our hands-on with Project CARS

Whether or not you’re willing to pick up Need For Speed will depend on your answer to one very simple question: are you a pessimist, or an optimist?

The former will choose to believe Need For Speed is a beautiful near-miss. A tantalising taste of what might’ve been, but a brutal exercise in nostalgic torment. The latter, however, will see it as a turning point for a series that has lost its way. A solid, if flawed effort that lays the groundwork for a bigger, brighter future.

If you’re willing to take the good with the bad, then it might just be time for you to get back in the driving seat.

Puts the Need For Speed series on the road to recovery

Nods to the Underground years

There’s a lot of drifting

Are you sitting comfortably? You will be with one of these 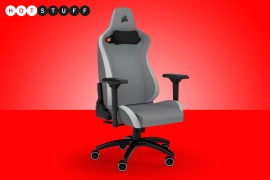