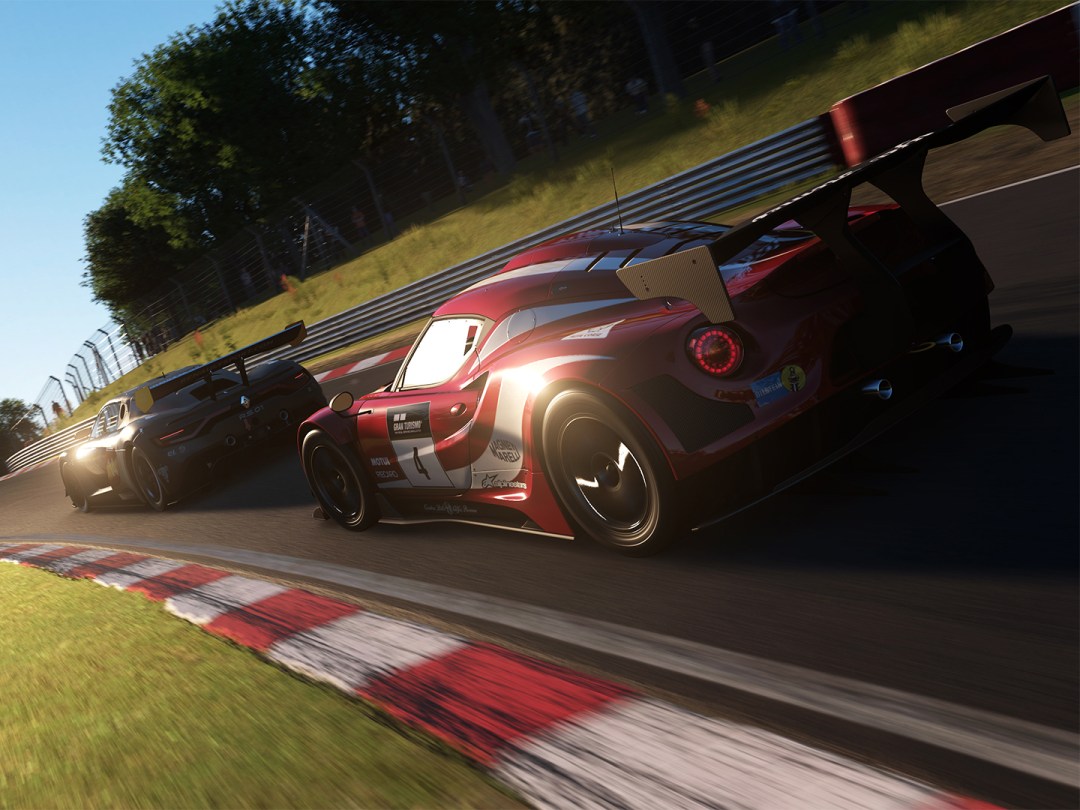 If Lewis Hamilton is anything to go by, there are three prerequisites for becoming a racing pro: practice, patience and a planet-sized ego. As ever, Gran Turismo Sport goes big on the first two to deliver the latter once you’ve conquered its never-ending plethora of races, time trials and challenges.

It’s a decidedly old-fashioned approach to racing in an age where the instant thrills of Fast & Furious 8 officially took more at the box office than Star Wars: The Force Awakens. More so than Project CARS 2 and the magnificent Forza Motorsport 7, GT Sport is a stickler for detail and tradition. You can’t just floor your virtual accelerator and zoom off towards a fun-lovin’ finish line.

While this all might be in line with the PlayStation exclusive series’ tradition, it also holds GT Sport back from being a truly great racer.

It takes no time at all to grasp just how much of a technical tour de force GT Sport is. Got a PlayStation 4 Pro? Then it’s a near-on essential purchase. Not only does this game upscale to glorious 4K, but its support for High Dynamic Range means that every sweeping vista, sunset and slippery hairpin is rendered in jaw-dropping detail.

Aside from Uncharted: The Lost Legacy and Horizon Zero Dawn, you will struggle to find a better looking game for Sony’s top tier console. Considering ‘realism’ is the GT series’ defining characteristic, this is very much for the good. Trouble is, I’ve played Forza Motorsport 7 on the Xbox One One X and it is considerably more impressive.

Not only does GT Sport skimp on dynamic weather conditions, where it’ll start raining in the middle of a race and grease up the track like John Travolta’s quiff, its scenery is notably more static. There are no planes jetting off in the distance or astoundingly detailed crowds. Just a roster of 162 impeccably rendered cars, from the fairly run-of-the-mill Ford Focus ST to Ferrari’s gorgeous LaFerrari. And if that sounds sniffy, then remember Forza 7 boasts a whopping great roster of over 700 vehicles.

Still, GT Sport does have one almighty trick up its sleeve: virtual reality. Yup, if you happen to have one of Sony’s moderately maligned headsets around you can happily don the thing for a one-on-one face-off with an AI opponent. Naturally, there’s a drop in the game’s resolution but the difference in immersion PlayStation VR makes is dramatic. It’s the closest I’ll get to sitting behind the bonnet of a Bugatti this century and a proper bit of magic in the midst of what can be a humdrum affair. Although even here, it’s not out on its own in front, because Project CARS 2 can be played on both Oculus Rift and HTC Vive.

GT Sport is not a dull game, but you really have to earn its moments of sheer jubilance. Be that because you’ve learnt a track inside-out or suffered through its overly elaborate menu system.

Think you can wade straight into a race without learning the track first? You’re in for a rude awakening. Still, this only makes your eventual triumph more delectable. The fact that you only have waypoints to go off as a default – instead of overly prescriptive driving lines – and don’t have a Forza-like rewind button to cover for your mistakes, a first-placed finish means something in GT Sport. You’ll have fully deserved that smug grin that’s slapped across your face by driving a perfect race. Just ignore the fact it took you near-on an hour to make the podium.

This is especially the case in your early flirtations with GT Sport, where you’ll merrily jump from a NASCAR-style loop to a god-forsaken stretch of dust and dirt in the middle of nowhere. In each race your car’s handling is so different that you feel as though you’re learning the game again from scratch. In other words, it’s brilliant, masochistic fun.

I just wish I had a steering wheel to properly spin around the 19 locations and 37 tracks here. Twiddling around the standard DualShock 4’s control stick feels faintly unsatisfying when you’re sat on the edge of your sofa leaning towards the finish line.

If at first you don’t succeed…

On several occasions, GT Sport does veer towards tedium. And that’s especially the case in its opening hours when you’re pressed to complete an array of really quite simple tasks in Campaign mode. Sure, starting well in a race is important but I’d much rather learn how best to do so on the fly, rather than training myself to get a gold trophy by repeating the same 10-second burst of gameplay over and over again.

Granted, this aesthetic is very much classic Gran Turismo but that doesn’t mean it’s not tiresome. Unlike Project CARS 2, GT Sports’ content is gated behind a level-based progression system. So slogging through its most trying moments is by no means optional. Sure, eating your greens will do you good in the long run, but broccoli is disgusting. End of.

Even so, your perseverance in Campaign mode is very much rewarded in long run. This is a racer that values precision above all else, so learning how to properly tame a corner or nip into another driver’s slipstream is entirely necessary to nab that podium finish. You might have the knack of this stuff from the off or it might take you the best part of an evening to nail just one task. Not that such a fate would befall yours truly, of course.

The more you do invest in this race, the greater its rewards. Whether that’s the rush you get from a last-minute overtake or the simple thrills of being so immersed in a race that you physically turn in time with your car. That said, I really do wish I could just hop into a Ferrari for half an hour without that simple joy being muted by a crushing sense of frustration.

As much as I admire GT Sport’s ‘my way or the highway’ philosophy, it can be quite trying. Fortunately enough, this game’s good bits really are an absolute blast. Whether you’ve nailed a perfect overtake in VR or just nipped into first place on the final corner after a race spent flirting with catastrophe, the rush you feel is totally intoxicating.

At least half my time with GT Sport has been in a thinly veiled state of both desperation and fury. The other half? I was punching the air in jubilation.

The year’s best driving game… on PlayStation at least