Home / News / Is your iPhone 6s randomly turning off because it hates life?

If you’re the proud owner of a shiny new iPhone 6s or 6s Plus, then congratulations. Or not, as the case may be.

Reports of the new iPhones randomly shutting off for no apparent reason have cropped up online, and no one seems to have a cause as of yet.

The bug appears to occur randomly, even when there’s plenty of battery life available and the phone is left unnatended.

Some users have also reported that their home button feels warm, which could potentially point to an overheating issue, which causes the handset to turn off to prevent any internal damage. That’s just one theory for now however, and it hasn’t been confirmed by any experts, or Apple itself.

Currently, reports indicate that the only way to revive an iPhone that’s decided to have an unplanned nap, is to hold the power and home buttons down for around ten seconds.

Whether this is a simple iOS 9 bug or a deeper, more troubling issue remains to be seen, but it’s always worth bearing in mind that in cases like this, we tend to deal with the vocal minority. The fact that some iPhone 6 users are also having issues, also further support the iOS 9 bug theory.

We’ll be keeping an eye out for further developments, so stay tuned.

HoloKit X turns your iPhone into a $129 AR headset 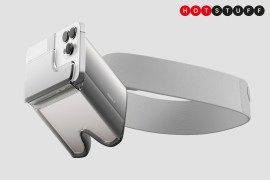