Home / News / Wrist-mounted mobile arrives from Down Under

We’ve had the calculator watch, the MP3 watch and Fossil’s ill-fated PDA watch. We’ve had the watch that turns into a TV remote, heck we’ve even had the watch that has its own built-in TV. But never have we had the ultimate in James Bond style accessories: the mobile phone watch.Well, that’s all about to change because setting its sights on your wrist is the M300, from Australian firm SMS Technology. The antipodean timepiece manages the Holy Grail of miniaturisation: a 1in colour display, GPRS, Bluetooth and a USB port in something not much larger than your average Casio.Somehow it even manages full text messaging support, perhaps not surprising from a company that calls itself SMS. And there’s no need to double it up with an MP3 wrist hugger because the M300 also has a built-in music player and a passable 64MB of memory.It’s already slated for release across much of Europe in April but we’re still waiting for a firm date for the UK. The Aussies promise us they’re ‘finalising’ an agreement to get it here soon but if you can’t wait for that, a video of it in action will be on the SMS website from Tuesday 20th February. 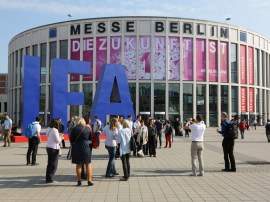 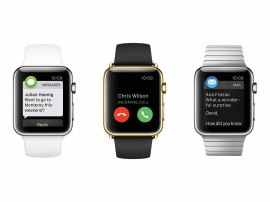