Yesterday, Microsoft surprised the world by announcing that the next version of its iconic operating system would be called Windows 10. And now you can try it yourself – if you’re pretty tech-inclined.

Just this evening, Microsoft released the Windows 10 Technical Preview, which is a free-to-download version of the operating system that lets you dig into next year’s big OS release right away. The caveat, of course, is that it’s unfinished software, which means things can and probably will break.

Microsoft says that the Windows 10 Technical Preview should be compatible with all devices that’ll handle Windows 8.1, the current released version, as well as programs that work with the current OS, although you may have to update or reinstall some apps.

In particular, the Technical Preview isn’t as an ideal a fit for touch right now as it is keyboard and mouse, with the FAQ saying “some things will be rough and unfinished” and “more touch-friendly improvements are on the way.” So Surface users, maybe sit this one out for now.

Considering the state of the software, be sure to have everything backed up and have a recovery drive handy. New OS updates will be pushed out automatically as the Windows 10 Technical Preview evolves and improves in the coming months, so if you want to be ahead of the curve on Microsoft’s next big thing, now’s the time to sign up and start downloading. 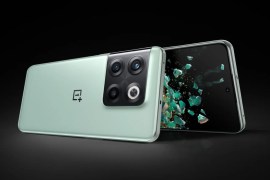