It was already one of the best Star Wars toy tie-ins ever, but Sphero’s BB-8 smartphone-controlled Droid has now been upgraded with the power of the Force.

Until now, you’ve been able to pilot the diminutive droid with Sphero’s app and touchscreen swipes. However, a prototype Force Band motion controller will now let you act out your Sith Lord or Jedi fantasies – depending on whether you opted for the light or dark side prototypes being demoed at CES this week.

Just like BB-8 itself, the wrist-worn controller is packed with gyroscopic sensors that track your hand movement and control the droid’s actions. Hold your palm outwards and he’ll spin away from you; flip it inwards and he’ll turn to face you. Pushing forwards makes him move, just like using the Force. No clue what it does if you try a Vader-style Force choke though.

It recognises gestures and can trigger pre-programmed moves, like spinning on the spot or nodding, and a colour-changing LED on the band prototype shows which control mode you’re in.

Unfortunately, would-be Jedi Knights will be in for a long wait before the can get their hands on it, as Sphero expects the motion controller to launch in the autumn. The Imperial and Rebel colour schemes and styling could change in that time as the tech gets tweaked. There’s no solid price yet, either.

That sounds like quite a wait, but Sphero has a little something extra in the works for fans of The Force Awakens; a battle-worn BB-8 will be launching alongside the Force Band. You’ll be able to pick up both in a bundle, and anyone with an original, pristine-paint BB-8 will be able to buy the Force Band separately to use with their existing droid.

RELATED › The 10 best geek accessories in the world right now 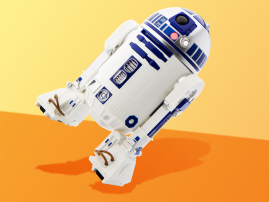 Sphero’s BB-8 droid can watch Star Wars: The Force Awakens with you

Thanks to an update, it’ll react when the movie is playing nearby 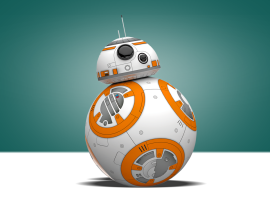