Samsung’s Galaxy Unpacked event is fast approaching as February 9 draws nearer, and we’re starting to get excited about the upcoming Galaxy S22 flagship.

Those of you who are most excited about the new smartphones are probably waiting to order it as soon as the announcement is over, right? Well, we’ve got bad news for you, you might have to wait a little longer. And it’s all the chip shortage’s fault… again.

In case you’ve somehow remained blissfully unaware, the world has been experiencing a chip shortage since 2020 thanks to (you’ve guessed it), the pandemic.

As workers have gone ill and measures have had to be taken, chip production has fallen, leading to a shortage of these chips to power everyone’s favourite gadgets. It’s the reason PS5s have been so difficult to find and has caused havoc for all kinds of other gadgets such as phones, tablets, and cars.

The chip shortage has struck again, and this time it looks like the shortage will affect the soon-to-be-announced Galaxy S22.

According to regular leaker Jon Prosser, the Galaxy S22 Ultra remains set to ship on February 25, but the standard S22 and S22+ have been pushed back to March 11 due to the aforementioned ‘supply chain issues’.

Prosser holds a 73.9% accuracy rating across his leaks, according to AppleTrack’s source leaderboard. While this score considers his Apple leaks, Prosser’s Android leaks are often found to be just as accurate.

For those of you looking to pick up Samsung’s latest flagship as soon as it’s available, this news will likely come as a disappointment. But delaying the models by two weeks is a much more positive outcome than it otherwise could have been.

While it’s a minor inconvenience to have to wait a little longer, you’ll still be able to get your hands on the Galaxy S22 pretty soon. What’s that old saying? Patience is a virtue.

Flippin’ heck: is this the Samsung Galaxy Z Flip 4? 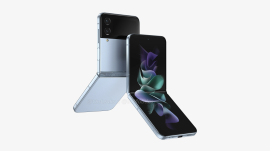 Google Pixel Watch preview: Everything we know so far

UPDATED: Shots of the Pixel Watch in the wild show off a minimalistic, circular design