RIM’s founding CEOs Mike Lazaridis and Jim Basillie are passing the torch to RIM insider Thorsten Heins in a bid to reshuffle the company and help it escape its current rut.

Although Lazaridis and Basillie will continue as vice chairman and board member respectively, it is Heins who is tasked with returning RIM and the Blackberry name to its former glory.

After a year of disappointing PlayBook sales resulted in massive price cuts and the revelation that we won’t see a Blackberry 10 smartphone till the end of this year, the new man in charge certainly has his work cut out for him.

In a world full of merciless Apple iPhones, Android and Windows Phone Mango devices, it’s fair to say that RIM doesn’t have an easy ride ahead.

Time will tell what changes, if any, will arise out of the latest reshuffle, but we hope for RIM’s sake that this new breath of fresh air will spark off some much needed magic. There’s still a hunger for new BlackBerrys. RIM just needs to rediscover its smartphone mojo.

5 of the best sleep gadgets

Now that BB10 is official, here’s everything you need to know about RIM’s universal OS 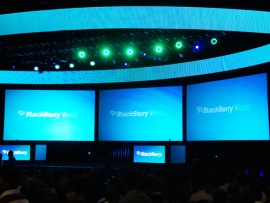 RIM head honcho, Thorsten Heins admits it’s time for the company to fight back and reclaim a piece of the mobile market pie 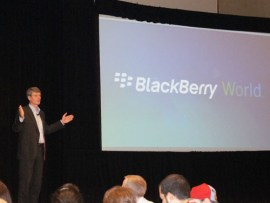 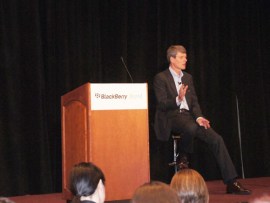