HMD Global has unveiled two new handsets for its Nokia C-Series lineup —  the Nokia C21 Plus and C2 2nd Edition. Costing from just £99.99 and £74.99 respectively, their sights are firmly set on the affordable end of the market and have been built with durability in mind.

The more expensive C21 Plus will land with a 6.5in toughened glass HD+ display and dual 13MP camera setup. A 4000mAh battery promises up to two days of use, while AI face unlock and a built-in fingerprint scanner takes care of security. All that is crammed into an inner metal chassis with an IP52 rating, protecting it from dust, dirt and water. Available in late April in Dark Cyan and Warm Grey, it’ll land starting at £99.99 for the 2GB RAM/32GB storage model. Prices for the 3GB RAM/32GB storage and 4GB RAM/64 GB storage variants have yet to be confirmed.

The rather clunkily-named C2 2nd Edition also prides itself on its durable inner metal chassis, with a smaller 5.7in screen and all-day battery life also on the cards, and a single rear camera for snaps. It can be yours from May, starting at £74.99 for the 2GB RAM/32GB storage model, with a 3GB RAM/32GB storage variant also available. Both handsets promise a bloat-free Android 11 (Go Edition) experience with two years of updates.

Elsewhere, two new accessories have also been announced to launch in the UK, in the form of the Nokia Clarity and Comfort Earbuds. While pricing is yet to be confirmed, the Clarity will be the more expensive model, thanks to its built-in active noise cancelling tech. Dual microphones with Qualcomm noise cancellation promise to remove unwanted background noise for clearer calls, while built-in ring lights make it more obvious that you’ve got earbuds in for those times you’d really rather not interact with anyone. Battery life is also rated at nine hours, with a total of 5 hours including the charging case.

In contrast there’s little to really say about the Comfort Earbuds, beyond the fact they’re wireless, and, naturally, designed to be comfortable, with up to nine hours of playtime on a single charge. Both sets of earbud models will be available in the UK this week.

The Voyager a1600 boldly goes where no Corsair has gone before 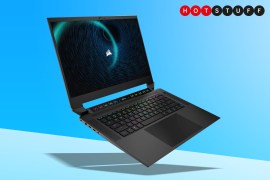 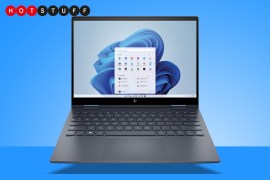