Want to own the very best DSLR that money can buy? You may have to get saving for Nikon’s new D5.

Priced at a thoroughly premium £5,199 for its body only, the D5 replaces 2012’s D4 as Nikon’s flagship DSLR for photographic professionals. While the D5 looks pretty similar to its predecessor, its insides are packed with innovation.

Of course, the D5 is all set up to take a classy snap, too. It’s been built with a 20-megapixel full-frame sensor, 153-point autofocus system and a 3.2-inch 2.36 million dots LCD touchscreen.

Elsewhere, it can handle continuous shooting at 14fps and has a highest ISO sensitivity of 102,400, which can be extended to ISO 3,280,000. You’d imagine this will result in some phenomenal photos, even in the most challenging of low light conditions.

The D5 is set to be released in March this year and stacks up against Canon’s flagship EOS-1D C from way back in 2013, which can also capture 4K video. 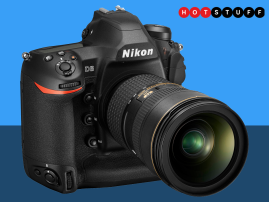 The Nikon D780 breathes new life into the DSLR 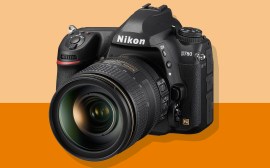 The godfather of the DSLR has just done the unimaginable, yet the highly and hotly anticipated, by launching its first full-frame mirrorless camera 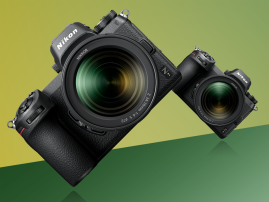