The new 2015 version of the Moto X has cropped up in an online video, showing off both its design and specs.

Like its predecessor, it appears to offer a real wooden back along with a metal frame, which, combined, should make for a premium-feeling handset. Plastic and leather options will also be available, bringing the fight straight to the door of the LG G4.

A dual LED flash can be seen resting below the rear camera, while on-screen specs confirm a 5.64in 2K screen, with a sharp 560ppi count.

An unnamed Qualcomm Snapdragon processor and 3GB should happily manage Android 5.1 Lollipop, though we’re disappointed to see that it won’t be running Android M straight out of the box.

We’ve still yet to receive an official invitation from Motorola for a launch, but we’ll let you know as soon as it lands in our mailbox.

Not only that, but it’s the thinnest 10in slate around 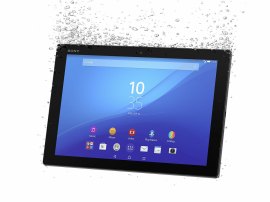