Amazon Prime Day is the yearly extravaganza where Amazon chucks out stacks of deals. And to mess with us a little, this year Amazon isn’t doing it on a Monday and Tuesday as we’d expected. Instead, it’ll be taking place on a Tuesday and Wednesday.

The 48-hour event (as it has been in recent years due to too many deals being squeezed into one day) kicks off on 12 July at 00.01 and runs through to 23.59 on 13 July offering products at up to 50% off. Prime Day will obviously take place at slightly different times in the US and UK due to time differences. There will be some early deals starting from next week.

To take advantage of any deals during Prime Day, you will need to be a member of Amazon Prime or be on a 30 day trial when you first sign up. Not a Prime member yet? Get that free thirty-day trial now and you’ll still be signed up during the Prime Day event. You can cancel after the 30 days easily.

It’s not unusual to see better deals on Prime Day than Black Friday and there are always some tasty offers about. However, there’s a lot of other, not so good deals. So we’ll be on hand to show you the top Prime Day tech deals, enabling you to safely ignore the other rubbish.

Amazon Prime Day will be with us again next week. Epic deals ahoy! 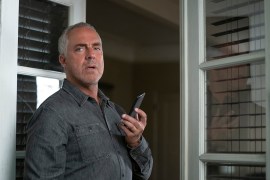