For months now, Disney and director J.J. Abrams have teased us with scraps of info and imagery about Star Wars: The Force Awakens, but our first solid glimpse is now here.

The first full-length trailer for the movie, also known as Episode VII – that is, a proper follow-up to the original trilogy – debuted on Apple’s Trailers site, more than a year before its release in December 2015.

The trailer focuses on the film’s new stars, John Boyega and Daisy Ridley, as well as the film’s new villain – a cloaked figure with a very distinctive new lightsaber. There’s nary a glimpse of old favourites Luke Skywalker, Princess Leia and Han Solo – though the Millennium Falcon and redesigned X-Wing fighters put in an apperarance alongside original trilogy staples such as Stormtroopers and TIE Fighters.

The trailer will also show in 30 locations across the United States this weekend. 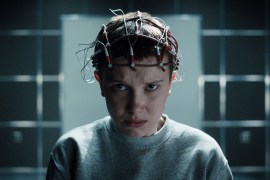 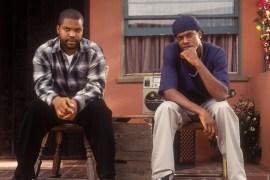