Of course, the Xbox and Nintendo availability leaves someone out – nothing has been announced about the game coming to PlayStation.

Years in the making, Nintendo announced on 13 September 2022 that publisher Rare would release GoldenEye 007 on the Switch. One of the most revered games of all time, the former Nintendo 64 game will be available on Nintendo Switch Online Expansion Pack members with online play. And we found out at the same time it would be coming to the value-packed Xbox Games Pass no less.

Rare says the game has also been “faithfully recreated for Xbox consoles. Includes achievements, 4K resolution and a smoother framerate – even in split-screen local multiplayer”

This has been many years in the making. Perfect Dark was a year 2000 near-GoldenEye successor from the same developer. An HD version was rumoured for the Xbox 360 over a decade ago but rights issues left it dead in the water. Fans later made their own version which was harpooned by lawyers. Then there was a code leak of the HD version, downloaded hundreds of millions of times.

And then, earlier in 2022 GoldenEye 007 achievements were spotted, suggesting the remaster was finally on its way.

As GoldenEye comes to Xbox and Switch, here are 007 more movie tie-ins I wanted back – until I played them

The greatest Bond game of all time is on the cusp of a renaissance. Want a sneak preview? 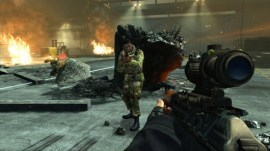 The legendary Bond game gets a reboot for Xbox 360 and PS3. Want to watch the trailer? 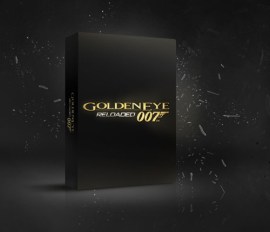