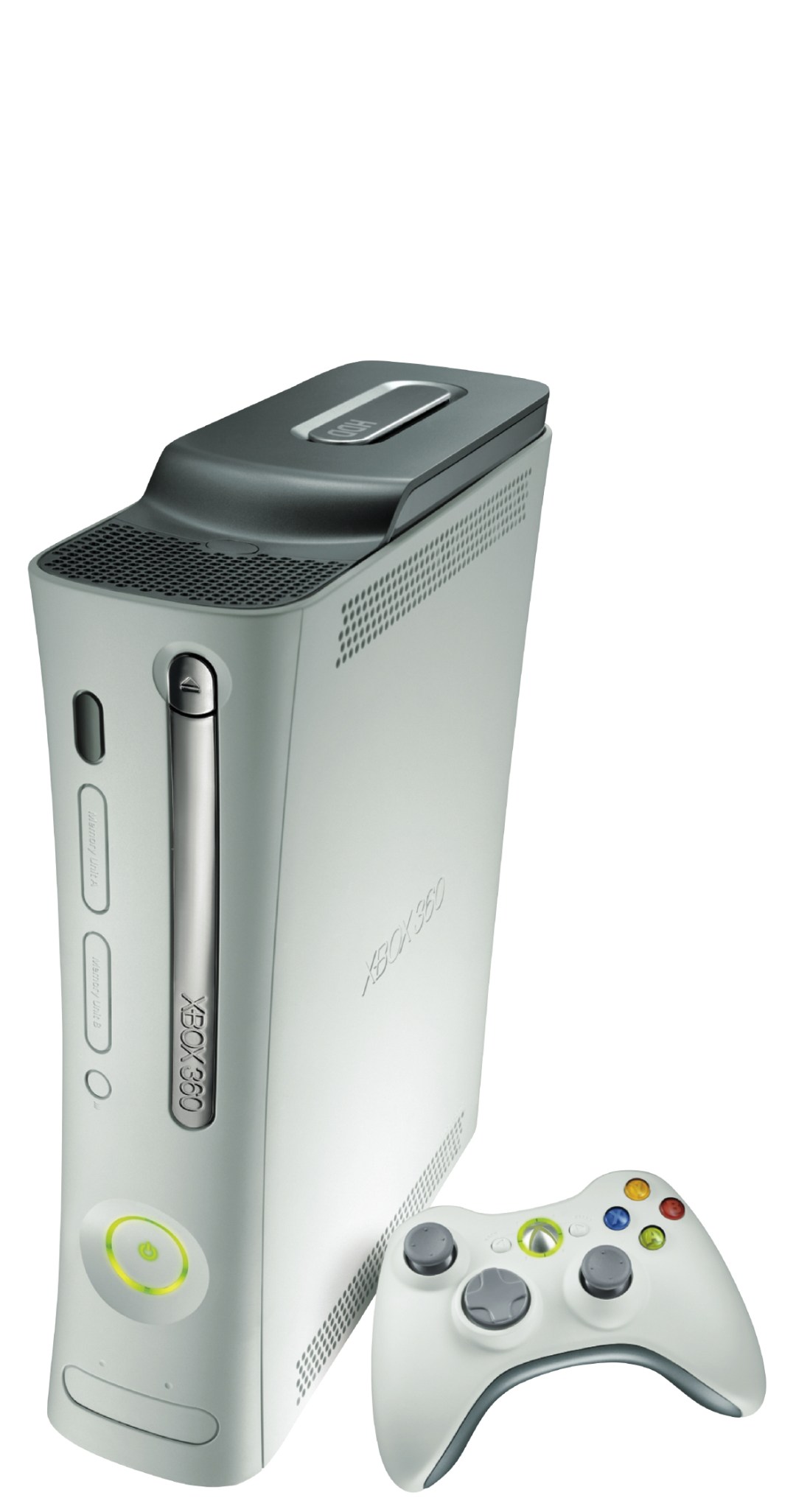 The Xbox 360 can do a terrifying amount. Innocently powering the console on by pressing the X button on the wireless controller is akin to firing up a web browser on a computer. And, like the web, the 360 is deep, man, very deep.

The fact that it’s still ostensibly a games console and doesn’t have one killer stand-out game is, in our opinion, by the by. The Halo/GTA title will come and, in the meantime, the 360’s media tricks are more than enough to keep us occupied.

Any port in a storm

The 360’s media skills are enough to put the BBC and Sky to shame. You can plug cameras, MP3 players – iPod and PSP included – and flash keys into the two USB ports hidden behind a flap.

You can also play any music and photos on a networked Windows PC. If you want video and TV, too, you’ll need a Media Center PC. The Xbox Live Marketplace is rammed with high-def trailers, themes and more. Prog scan DVD playback comes as standard, though it doesn’t upscale movies to high-def.

You’ve also got to thank the gadget gods for the designers of the 360’s interface. Gaming, online stuff, media and settings are all clearly divided into separate sections of the ‘360 dashboard’, meaning you won’t accidentally launch an episode of The Simpsons off your PC while trying to continue a game of Quake 4.

We also love the way this dashboard, which allows access to other functions, can be superimposed on a game while you’re playing – you no longer have to quit right out.

We had our doubts about the prospect of wireless controllers but they’ve been dispelled. The 360’s gamepad is light, small enough to be ergonomic for most hands and – contrary to what we thought after an early test – the dual shoulder triggers are actually better than the old Xbox’s white and black buttons.

The wired version works with any Windows XP machine and an adaptor for the wireless ones is expected soon. The bundled infrared remote performs well, too.

Call us demanding but we think the 360’s hardware is the one thing that isn’t awesome. The good news: you can place it sideways or upright, and the exterior looks infinitely prettier than the old ugly duckling Xbox.

The bad: the fan’s unacceptably noisy, the actual box is huge compared to the slim PS2 and the giant mains adaptor will leave minimalists sweating at its 2-litre cola bottle proportions.

But don’t let that put you off. The 360’s innards are charming, and its gaming potential heartening: every game is high-def and Xbox Live-compatible. The launch line-up has such quality stalwarts as Project Gotham, and compatible at launch are 200 old Xbox games; via updates it’ll eventually work with them all.

Our final word? Buy yourself an HD-ready TV (even better, an HD-ready projector) and prepare yourself for truly spectacular gaming. Helped by PC-rivalling insides, the Xbox 360 delivers incredibly detailed, fast and smooth action.